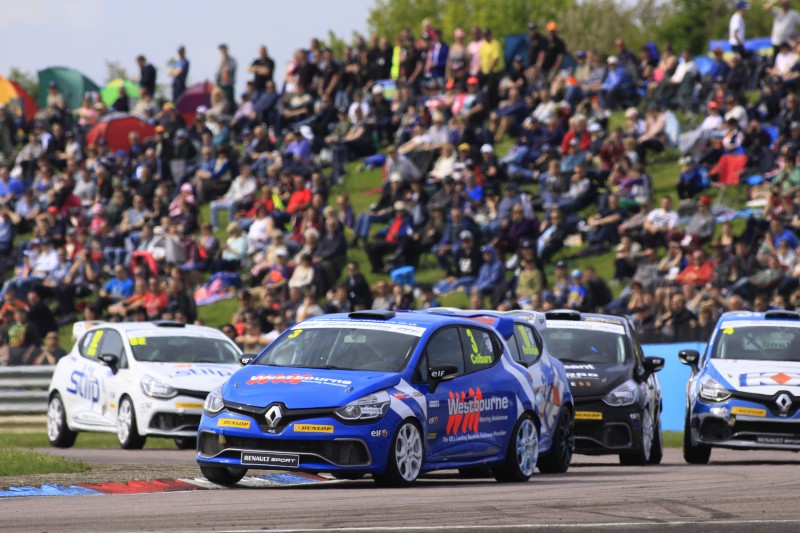 Series organisers are pleased to confirm the Clio Cup Series will join forces with the Britcar Dunlop Endurance Championship for the 2020 season.

The championship, which has served as a cost-effective, competitive entry into tin-top racing for over half a decade, marks an exciting new chapter by becoming a standalone class in the Dunlop Endurance Championship’s Trophy Category, with drivers eligible to compete for both titles.

The series will adopt the Dunlop Direzza Trackday Tyre in a bid to reduce costs, and with a mandatory pit stop in each of the two, 50-minute races, drivers are now able to share driving duties – and therefore the cost!

A higher-profile package also comes with several benefits off-circuit, with TV coverage at selected events and hospitality options available through Britcar. Garages are also expected to be available at the majority of rounds, with optional Friday testing.

With the Britcar Dunlop Endurance Trophy Championship’s registrations already strong in other classes, adding the new Clio class will certainly attract capacity grids comprising some 30 plus cars, the switch also caters to drivers of all abilities, maintaining the series’ reputation as an effective learning ground.

Further announcements will be made in the coming weeks, particularly in relation to the championship’s attractive prize structure for 2020.

“It gives me great pleasure to announce this latest, exciting new partnership between the Clio Cup Series and the Britcar Dunlop Endurance Championship.

“Taking on board the feedback from our competitors – higher-profile events, TV coverage, hospitality options and, above all, reduced costs – this presented by far the best option and I believe the championship heads into 2020 stronger than ever. The Britcar team operate an incredibly successful and professionally run championship and the fit for Clio is excellent.

“The calendar continues to feature a wide range of the UK’s most challenging circuits, and with capacity fields, the action on-track will certainly speak for itself!