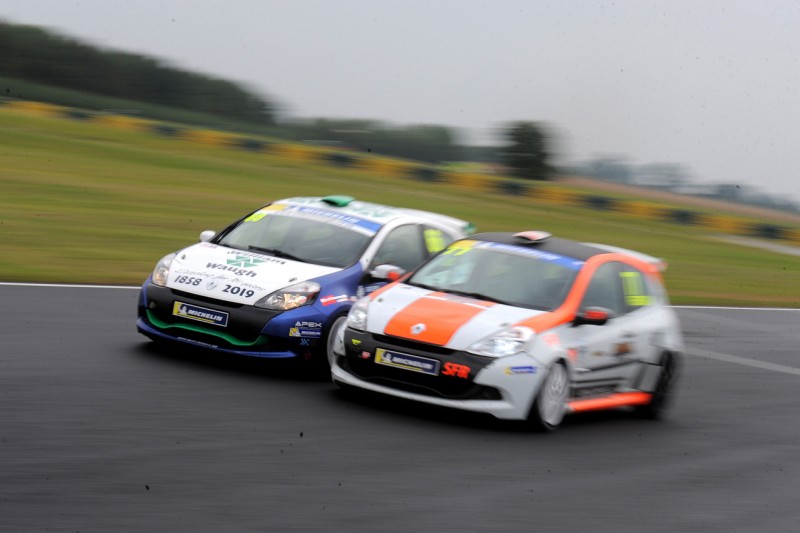 Simon Freeman and Ronan Pearson head to Oulton Park, Cheshire this weekend [26 October] tied level on points at the top of the Michelin Clio Cup Series standings as the category prepares for its closest title decider on record.

The momentum between the two has ebbed and flowed over the course of a fascinating seven-event calendar at home and overseas; Freeman led by a high of 18 points after Zandvoort, but Pearson’s resurgence in recent times has tied the scores level.

The Westbourne Motorsport racer arrives in Cheshire on a run of four consecutive victories, but Freeman will prove stern opposition and it’s anybody’s guess to who will take the crown.

Freeman is currently ahead on countback by virtue of his five wins across the Silverstone, Brands Hatch, Zandvoort and Snetterton rounds, and that could prove another factor to contend with this weekend.

The absence of the Sport Series at Croft secured the title a round early for Westbourne Motorsport’s James Colburn – he’ll face plenty of family opposition this time around, with Renault UK Clio Cup podium regular Ben Colburn and father Richard both on the grid.

Luke Warr makes his debut in the category with a fourth-generation RS Clio 220, another UK Clio Cup racer stepping across to sample the championship’s cost-effective package.

The entry list is rounded out by Darren Geeraerts in the Road Series and will look to end the season strongly; Nic Harrison has already been crowned the victor in that class.

Qualifying kicks off the weekend’s action at 09:00 ahead of the opening race at 11:20. The season finale is scheduled to get underway at 14:55.