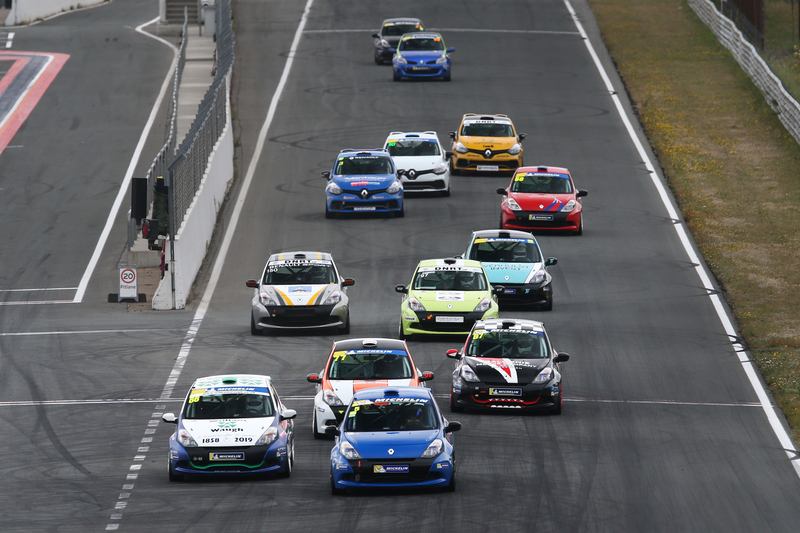 LIGHTS TO FLAG WIN FOR COLBURN IN ZANDVOORT OPENER

Ben Colburn converted pole position into a composed lights-to-flag victory in the opening Michelin Clio Cup Series race at Zandvoort, with plenty of drama behind.

Colburn, back in the category as a guest entry, led away from the start and managed a safety car restart to perfection, retaining the lead and then putting in a series of fastest laps in quick succession to stretch out a 1.6-second lead to the chequered flag.

“A lights to flag victory on my return to the championship – it can’t really get much better than that, what a fantastic job the team at Westbourne Motorsport have done,” said Colburn.

“It was quite a different experience racing over here in the Netherlands compared to the UK, but it was good to see some different rules. I’m looking forward now to the final two races tomorrow, the aim is to win them both!”

The battle for second position nearly changed hands on track, with championship leader Simon Freeman initially getting a run on Pearson, but the Scottish racer fended him off.

The complexion of that battle completely shifted, however, after five drivers were handed 10-second time penalties mid race for being adjudged to be out of position at the start.

Whilst Colburn celebrated a second career victory around the 2.64-mile Dutch circuit, Freeman duly moved up into second and Pearson dropped to fourth behind Arjan Oudejans in the final reckoning, the latter taking silverware on his debut in the category.

James Colburn recovered from his penalty to extend his winning streak in the Sport Series to five races on the spin, with MRM’s Tyler Lidsey similarly bouncing back to reclaim second from Filip Uyttendaele and continue his run of podiums in the fourth-generation RS Clio 220.

Nic Harrison took the Road Series honours as the sole surviving car, with Richard Colburn forced to pit early on.

James Joannou, Thujs Raaijmakers and Paul Bell were also non-classified, the latter two coming together on the opening lap in dramatic fashion to trigger the early safety car.

The next race this weekend is scheduled to get underway at 10:50 UK time tomorrow [7th July].