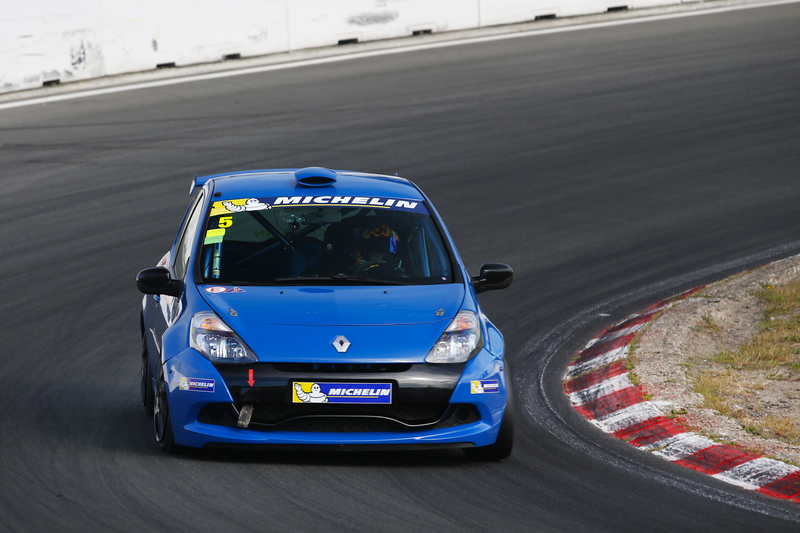 Ben Colburn marked his return to the Michelin Clio Cup Series in fine fashion after sealing pole position for the opening race of the weekend at Circuit Zandvoort.

Colburn, swapping back into the third-generation RS Clio 200 after recent success in the Renault UK Clio Cup and Clio Cup Open, edged out title contender Ronan Pearson by a mere 0.069 seconds after a series of improvements towards the end of the session.

His best lap time, a 1:56.896s around the 2.64-mile circuit, was six tenths of a second clear of third-placed Paul Bell (Westbourne Motorsport), who will be looking to extend his recent record of podium finishes in the category.

“Qualifying went perfectly! We had a plan and made everything count when it mattered towards the end of the session,” said Colburn.

“The only frustration is that there still felt like there was more time in the tank! So hopefully we can go even better race in the race and bag a few trophies this weekend!”

James Joannou (M.R.M) outqualified Tony Verhulst, with the two currently locked in a battle for fourth overall in the Race Series standings.

James Colburn’s winning streak in the Sport Series looks set to continue after dominating qualifying, the Westbourne Motorsport racer on pole ahead of Filip Uyttendaele and Tyler Lidsey by nearly a second.

Nic Harrison claimed pole in the Road Series stakes by a similar margin, with the focus on extending his lead in the class standings over Darren Geeraerts and Richard Colburn.

The opening race of the weekend gets underway at 11:35 UK time.