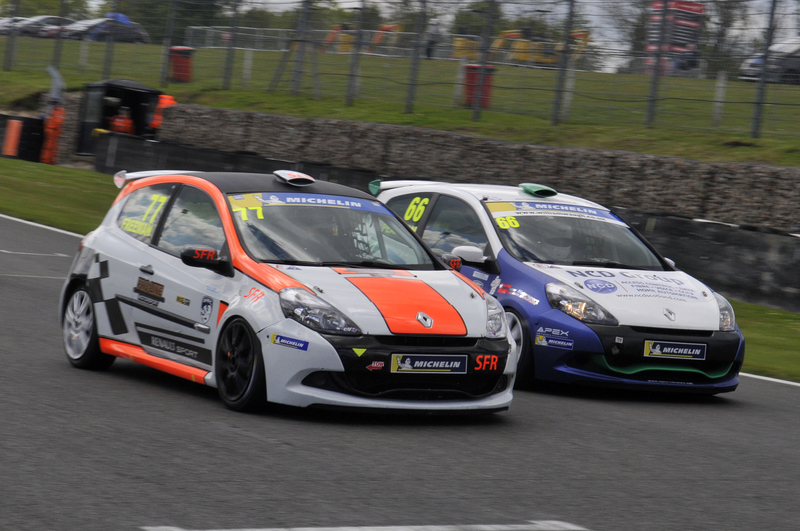 Pole-sitter Pearson led from the front in the opening exchanges, with a fast-starting Freeman seizing second from Westbourne Motorsport’s Paul Bell on the outside of Paddock Hill Bend.

He may well have also gotten the race lead, if not for a stern defence from Pearson at Druids, who would then soak up the pressure from Freeman for the majority of the race before a mistake at Clearways with five laps to go allowed the Pitbull Racing driver to take the lead on the inside line.

Pearson kept Freeman honest, however, the duo lapping within a thousandth of a second of one another at one stage. The lead nearly changed at the final corner, with Pearson diving down the inside but Freeman was able to get the undercut and edge out the Scottish racer by a mere 0.038 seconds in a near dead-heat at the chequered flag.

The result – coupled with another brace of fastest laps - extends Freeman’s championship lead over Pearson to 18 points as the series heads next to Zandvoort in early July.

“That was difficult! It was a great battle with Ronan, he’s been quick here all weekend. Coming into the last corner he made a mistake and locked up and I went down the inside,” explained Freeman.

“I just tried to keep the lead from there, but it was so close coming across the line, I didn’t know what was going to happen. Ronan made a move coming into the last corner, on the last lap and I managed to undercut him, so it was just a drag race to the line.

“What the team have done for me this weekend is just unbelievable. They worked through the night to put a new engine in, we didn’t know what kind of pace we were going to have, so to get two wins and two fastest laps, it’s fantastic.”

Pearson agreed it was a fantastic battle between the pair, but was understandably disappointed with the outcome.

“It was a great race to be part of. Not the result I wanted, but credit to Simon, he drove well,” agreed Pearson.

“I caught him off guard at the last corner and tried to get the car stopped. My mirrors were turned in so I didn’t know what side he was on, I thought it was the outside; next thing, he turns up on the inside and it was a drag race to the line.”

Paul Bell rounded out a strong weekend with a second podium – his third in succession – and survived a scary moment at Surtees when lapping team-mate Darren Geeraerts as the two nearly made contact.

Tony Verhulst and James Joannou equalled their career-best results of fourth and fifth for Westbourne and MRM respectively.

Defending Road Series champion Nic Harrison completed the perfect response to his Silverstone troubles with a second victory of the day at Brands Hatch, just 0.6s ahead of Richard Colburn in second.

The final race at Brands Hatch is scheduled to get underway at 16:35 but is not valid for championship points.