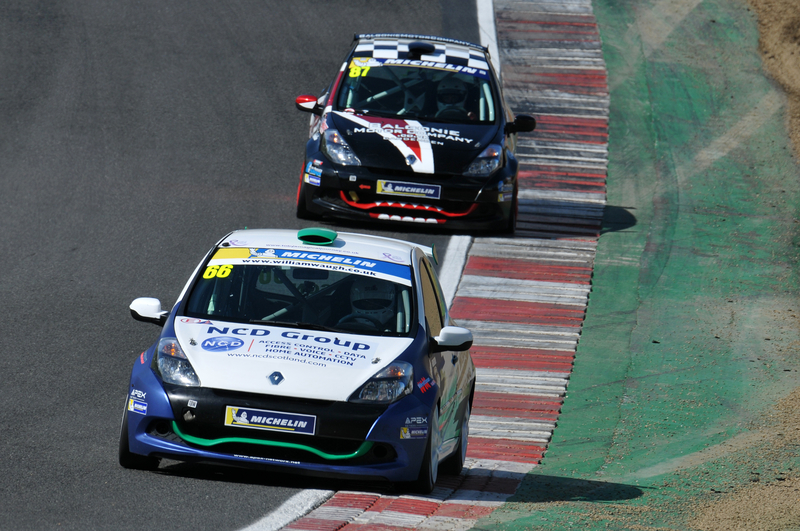 Ronan Pearson has claimed a double pole position in the Michelin Clio Cup Series at Brands Hatch after edging out a fantastic battle with Westbourne Motorsport team-mate Paul Bell.

The Scottish racer posted a best time of 53.595s around the 1.19-mile Kent circuit, enough to deny Bell by a mere 0.090s after the two traded the fastest time between them in the second half of the session.

It marks the second year in a row that Pearson has claimed pole on the Indy circuit in the third-generation RS Clio 200 after a similar triumph in 2018.

Though he was eventually bested by Ben Palmer – who would go on to win the championship – on that occasion, Pearson’s focus is solely on claiming a maiden win tomorrow.

“Phew - that was close! I had to work hard for that, Paul [Bell] pushed me all the way so credit to him, his pace this weekend has been fantastic so far,” commented Pearson.

“However, tomorrow is where the points are won, and we’ve put ourselves in a strong position.

“I’m gutted for Simon and I hope they can get the issue fixed for tomorrow. I have to give a massive ‘thank you’ to everybody at Westbourne Motorsport – the last three months have thrown up some challenges and they have gone over and above, so I want to repay them with some good results tomorrow.

“Equally, a huge thanks to my family and amazing sponsors for their belief in me – without that, this wouldn’t be possible.”

Championship leader Simon Freeman will look to repeat his race-winning performance from the Silverstone season-opener from the second row of the grid in third after a mechanical problem cut his running short, with Tony Verhulst a career-best fourth alongside.

MRM’s James Joannou did not participate, and so will start at the back of the Race Series grid in fifth.

Neither will be able to rest on their laurels, however, with MRM’s Tyler Lidsey in close attendance in third, only a further 0.1s further back.

Current points leader Darren Geeraerts completes the field but will look to another consistent day of silverware tomorrow to maintain his advantage in the standings.

The opening race of the weekend is scheduled for 11:05 tomorrow, with the second following on at 14:15.

A non-points scoring third round will take place at 16:35.