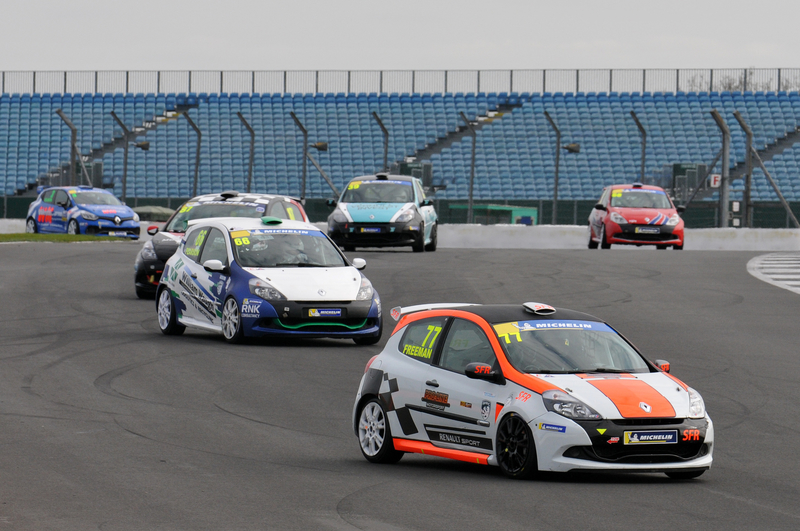 BRANDS HATCH EXPANDED TO TRIPLE-HEADER WITH NO EXTRA COST

The Michelin Clio Cup Series has confirmed the second meeting at Brands Hatch will be expanded to a triple-header with an additional practice session at no additional cost to competitors, representing another superb value-for-money move by the popular tin-top category.

Entry fees for the event across the weekend of 11th-12th May have been frozen at their usual rate of £465.00 and, with three full-distance, 18 lap races, a 20-minute free practice session and qualifying all on the bill, the championship continues to represent the most cost-effective package of its kind on the market.

Every model – both factory-built and race-converted – from the RS Clio 187 to the 220 are eligible to run across the Race, Sport and Road Series, with entries now open. To secure your place, please email pauline.hillon@gmail.com.

And, with a season-opener at Silverstone International that saw five different race-winners across each of the three classes and a myriad of thrilling on-track battles, there has never been a better time to join the action.

The margins couldn’t be closer in the Race Series, with Simon Freeman and Luke Pinder split by just 2 points at the top of the standings. Though they both took a victory apiece in Northamptonshire, Freeman’s two fastest laps give him the advantage heading to the 1.2-mile Indy circuit.

Elsewhere, James Colburn made history by winning both inaugural Sport Series races – making him the only man to win a race in each of the three classes - whilst Nic Harrison and Richard Colburn made it honours even in the Road Series, the latter aiming to defend his title for a third consecutive campaign.

Beyond Brands Hatch, the championship’s seven-event calendar takes in further dates at Snetterton, Donington Park, Croft and Oulton Park alongside a first overseas trip to Zandvoort in July.

“I’m delighted to confirm we will be expanding the timetable to include a third race and an extra practice session at no additional cost to our competitors,” commented Richard Colburn, Championship Promoter.

“There’s never been a better opportunity to get involved with the Michelin Clio Cup Series, not least because the inclusion of our new-for-2019 Sport Series means any factory-built or race-converted RS Clio model, from the 187 to the latest-generation 220, is now eligible to compete.

“Silverstone showcased the fantastic strength in depth of the field with two action-packed races; we’re expecting that theme to continue at Brands Hatch, and throughout the rest of the year.”

Arrive and Drive options for all three classes at Brands Hatch are available through the Championship Promoter, Westbourne Motorsport.