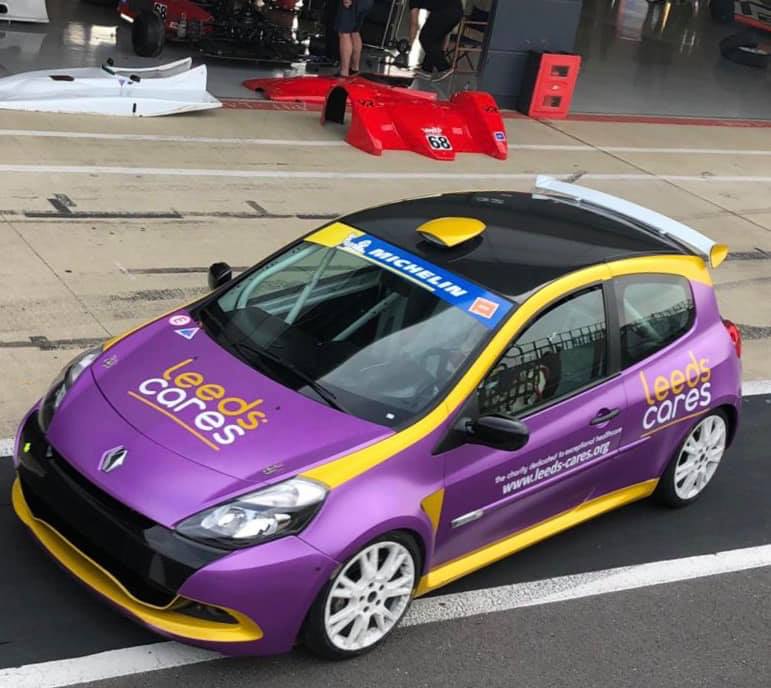 Luke Pinder will make a full-time return to Michelin Clio Cup Series action in 2019 after agreeing a deal to contest the Race Series with Jade Developments’ backing.

Racing in support of Leeds Cares, a charity that provides funding for Leeds Teaching Hospitals NHS Trust through fundraising events, Pinder makes the step back across to the series after two years racing a Ginetta G40 in the marque’s GT5 Challenge.

The full-time switch follows a sporadic outing at last year’s Silverstone finale, where Pinder proved his title credentials this campaign with two top-five finishes straight out of the box.

The deal marks something of a homecoming for the 35-year old, who was crowned the inaugural Road Series Champion back in 2015 before claiming six podiums en route to fourth overall in the 2.0-litre, third-generation RS Clio 200 the following season.

Of the current crop of drivers, only new team-mate Nic Harrison has a longer affinity with the category.

“It’s fantastic to be returning to the Michelin Clio Cup Series for 2019,” commented Pinder.

“I proved at the final round last season that I still have what it takes to fight at the front in the series and the third-generation RS Clio 200 is a car I’m very familiar with.

“Pre-season has progressed well and we head to Silverstone in good shape looking to start the season on the front foot.

“It’s also great to be partnered once again with Jade Developments. They’re an excellent team with a great working knowledge of the championship and together I’m sure we’ll have more silverware to add to the trophy cabinet before the year is out.”

The new season gets underway at Silverstone International over the weekend of 30-31 March.
< Back to News