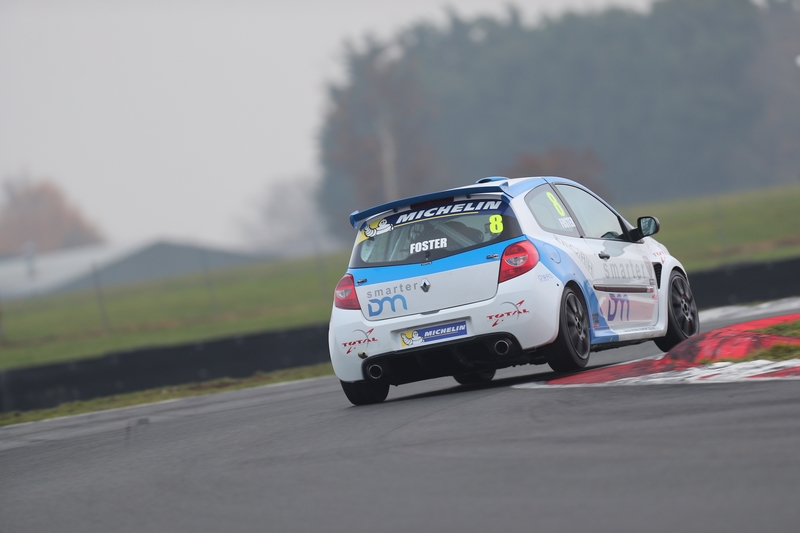 Michelin Clio Cup Series newcomers FOZ Motorsport have become the first to commit to the new-for-2019 Sport Series with a trio of third-generation Clio X85 cars.

Foster arrives in the category with an enviable record off the back of a strong campaign in the MSVR All-Comers series, claiming four podiums in total at Brands Hatch and Rockingham, whilst Bennett is no stranger to the series having competed in the Race Series between 2013-15, claiming one podium.

“It’s fantastic to be a part of the brand-new Sport Series for 2019, and the entire team is looking forward to joining the Michelin Clio Cup Series grid,” commented Foster.

“We’ve been keeping tabs on the championship for some time now, and it’s clear to see with the new class structure and tweaks for this season it’s going places.

“The Renault Clio has provided some amazing racing on UK shores over the last few decades and I can’t wait to get behind the wheel when the action starts at Silverstone in March.”

His new team-mates Bennett and Harrison echoed his sentiments.

“It’s great to be returning to the Michelin Clio Cup Series after a few years away,” added Bennett.

“Having tasted success last time I raced in the championship, I’m aiming for more of the same in 2019.”

“Everyone at FOZ Motorsport has worked tirelessly to get this programme off the ground and on the grid – now it’s time to go out and secure the best results possible,” commented Harrison.

Inaugurated in 2014, the Michelin Clio Cup Series has garnered a reputation for providing cost-effective, action-packed racing on a competitive and instructive platform.

Reigning Champion Ben Palmer has become the latest to join that list after agreeing a deal to race in the MINI CHALLENGE JCW for 2019.

The seven-event 2019 calendar sees the championship tackle some of the UK’s most-renowned venues and a first overseas trip to Zandvoort, before concluding at Oulton Park in October.