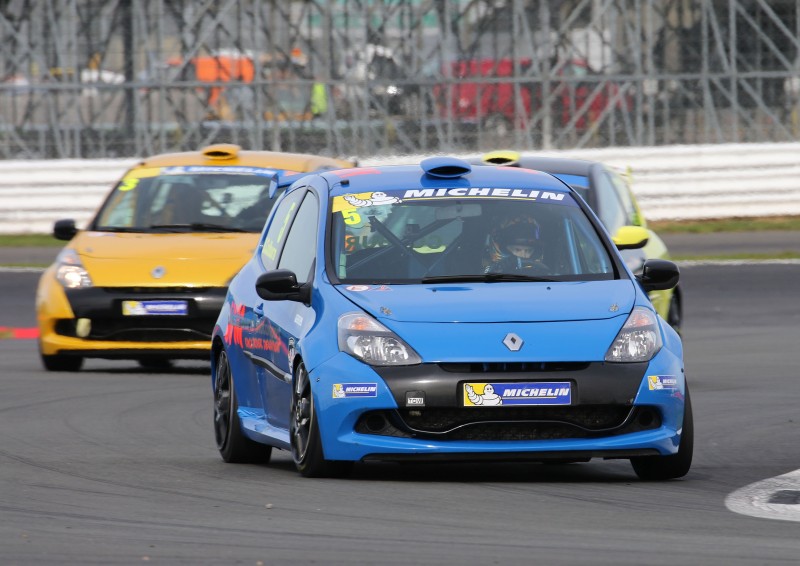 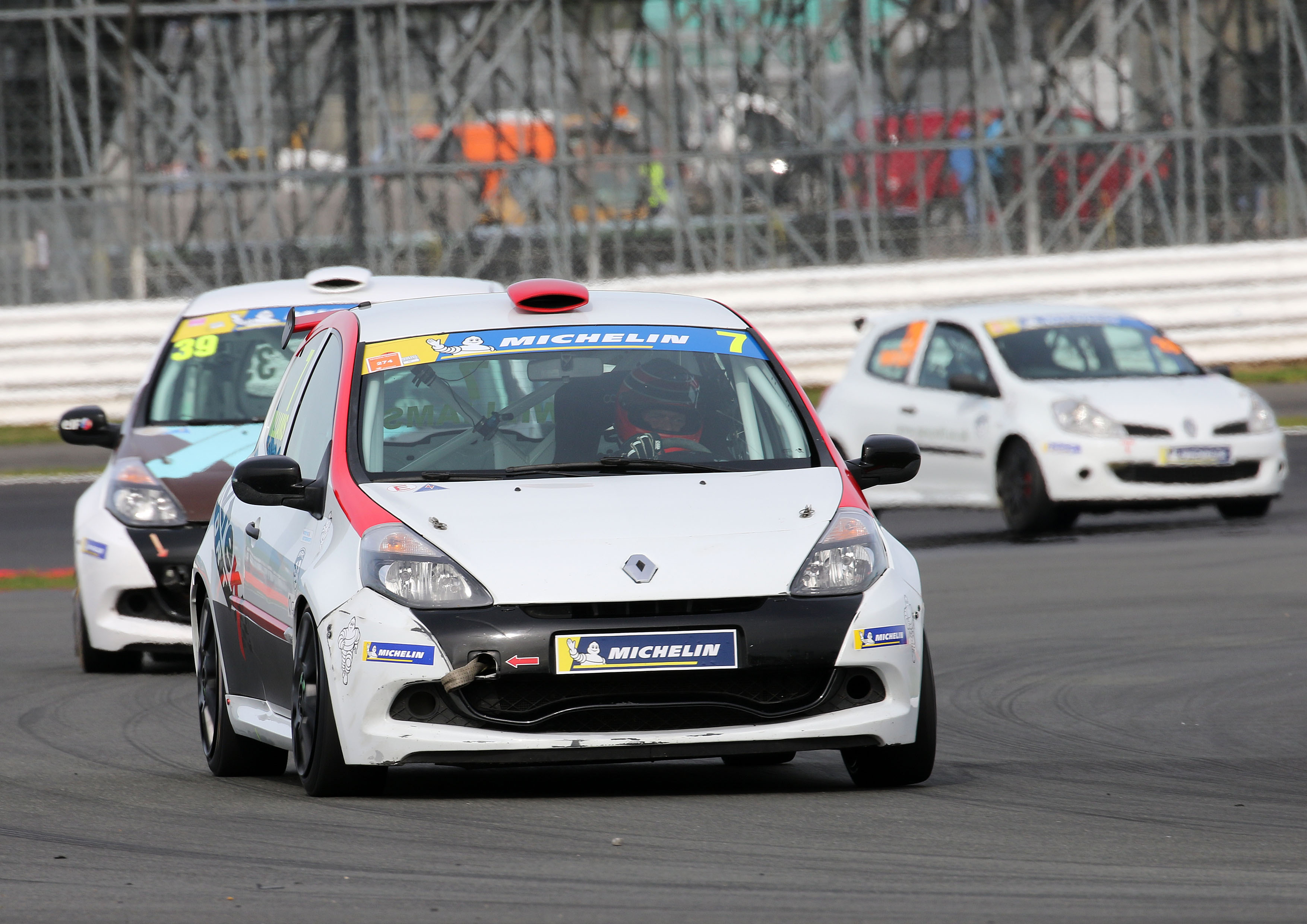 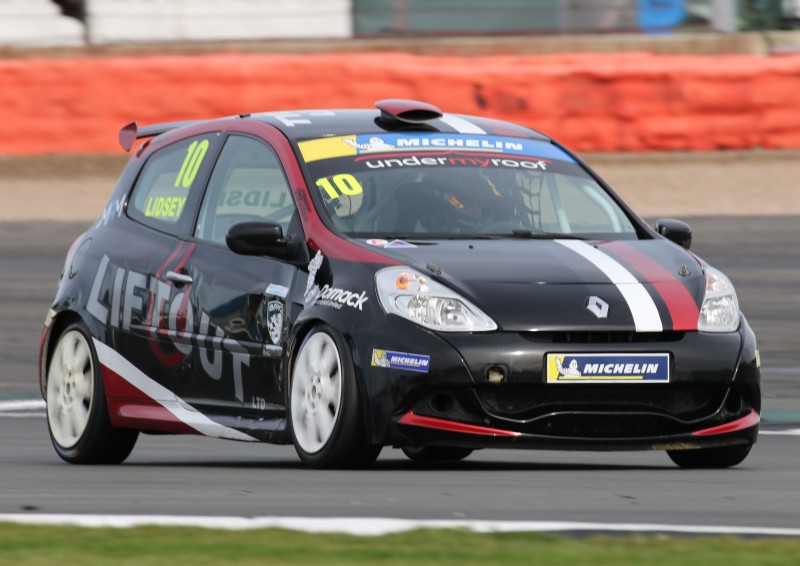 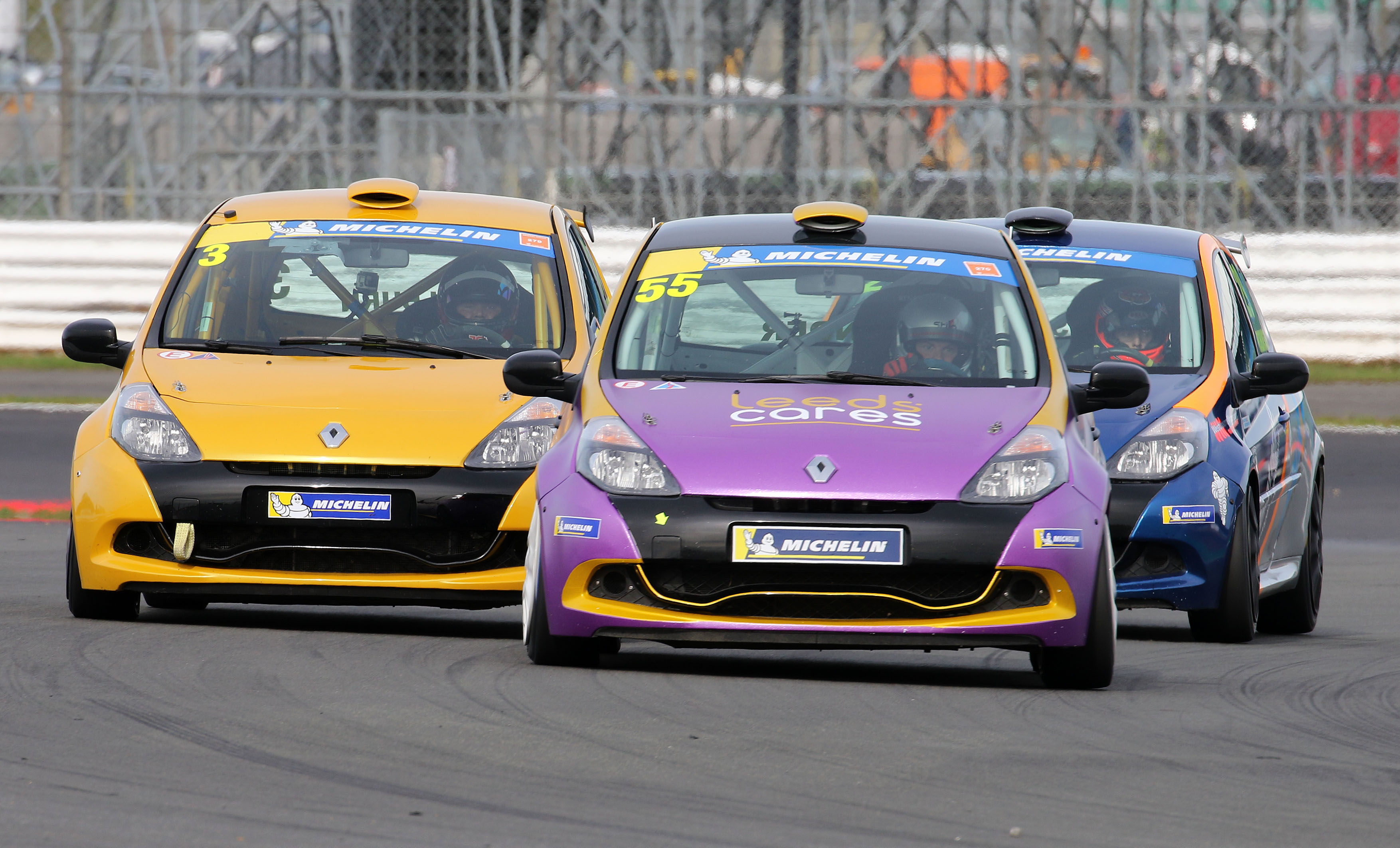 As the curtain fell on a spectacular 2018 Michelin Clio Cup Series campaign, Westbourne Motorsport’s Ben Colburn emerged from a quartet of contenders to be crowned Vice-Champion at Silverstone’s International Circuit, splitting the victories with now-double Champion Ben Palmer.

Qualifying was postponed after wet weather hit the 2.24 mile circuit on Saturday until the early evening, with grid positions for the season-ending double header decided on championship positions.

That gave Freeman - ahead of Colburn by 4 points in the standings - the advantage heading into the opener, but an early move once racing action got underway put Colburn - fresh from his first Graduates Cup success in the Renault UK Clio Cup - into second, and halved Freeman’s points lead going into the finale.

Palmer, meanwhile, proved imperious at the front once again, stretching his record-breaking tally of consecutive victories to 14. A snapped throttle cable in the finale, however, consigned him to a first DNF in over three years in the series, paving the pay for Colburn - after passing Freeman on the back straight -  to take a maiden win in the category, and with it the Vice-Champion honours.

He lead home Ronan Pearson, who ended his rookie campaign with silverware after fighting through from a green flag lap error in the opening race to claim seventh earlier in the day.

Lidsey’s campaign ended in frustrating fashion, albeit with another double points score. After putting a disappointing Anglesey triple-header to bed with fifth in the opener, an issue forced him into the pits and - after quick work from MRM - he returned to the fray to take ninth at the chequered flag.

Finlay Robinson (Westbourne) ended a season of consistent gains in style, battling it out with the returning Luke Pinder (Jade Developments) and James Colburn (Westbourne). He nearly set a second fastest lap of the campaign in the opener, only to be pipped by Palmer on the final lap, and similarly lost out - just - to Pinder for fifth in Race 2. Regardless, a brace of sixth place finishes ends the year on a positive note for the Vantage Motor Group-backed racer.

Tony Verhulst kept up his reputation as ‘Mr. Consistent’, adding another double points haul alongside Jade’s Steve Williams as both ended their maiden seasons in the 2.0 litre, third generation Clio Cup machine on a high.

For the eldest Colburn sibling, Silverstone proved a mixed bag, though he underlined his pace with fourth in the final contest after a late wheel-bearing failure hampered him in the opener.

In the Road Series, championship stalwart Nic Harrison made history, completing the perfect season with a maximum of 15 victories from 15 starts. He led from lights-to-flag in both encounters, the latter 3.5 seconds clear of the rest of the field.

James Joannou was eventually crowned class Vice-Champion ahead of MRM team-mate Tom Oatley, with a podium in Race 1 and fourth later in the afternoon enough to edge out Oatley’s double podium in the final points reckoning.

Westbourne Motorsport Team Principal Richard Colburn - twice a race winner in the class at Silverstone in 2017 - marked his return to competition with another podium in third in the finale, battling it out for the majority of the weekend with team-mate Richard Guy.


Ben Colburn said, “Once Palmer had retired and Freeman was in front, I knew I had to take the chance then. I passed Freeman on the back straight and Ronan - who has done an amazing job this year - he got into second. The last few rounds of the season have shown how much I’ve come on as a driver and I can’t thank Ed Pead and all of Westbourne enough for what they’ve done.”

Simon Freeman said, “The season has gone well and I’m happy with the result overall. When Palmer pulled off I knew what I had to do, but unfortunately it just wasn’t meant to be. We all got together on the back straight and Colburn came past. I tried my best to get it back, but ultimately couldn’t. My family and team have been so supportive, so thank you to them.”

Ronan Pearson said, “Bounce-back ability is something I like to think that I’ve got, so it was a good result to finish second after the unfortunate morning I’d had. I put that behind me and the last race was probably one of the most enjoyable once I’ve had this year. I want to say a massive thank you to everyone who has worked so hard to get me to Silverstone this weekend and to everyone that’s helped in my championship fight.”

Nic Harrison said, “It’s been alright, hasn’t it...15 wins and all of the great qualifying sessions - I’m proud of what the team and I have achieved. Once I saw Palmer retire in the last race, I was thinking ‘please hold on’ to my car. It did and I’m very happy. Thanks to Sean and the Jade team for all of their effort this season!”