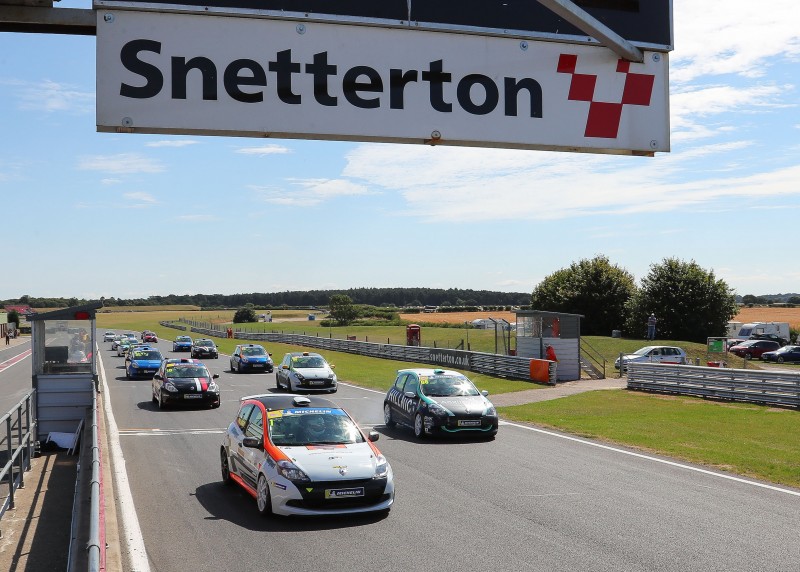 With Champions crowned in both classes, the Michelin Clio Cup Series heads to Silverstone - the ‘Home of British Motorsport’ - this weekend [06-07 October] as the curtain falls on another action-packed campaign.


Anglesey set the scene for Ben Palmer and Nic Harrison’s respective championship triumphs, as the pair search to continue their perfect win rate at the season finale on the 2.24 mile International layout.


With Palmer’s lead in the Race Series insurmountable, however, it leaves a thrilling battle for the accolade of Vice Champion to be decided across the final double-header.


The pair both scored a hat-trick of podiums apiece in North Wales, though with Ronan Pearson (Westbourne) and experienced hand Tyler Lidsey (MRM) on their tail, expect fireworks as the quartet aim to end the season on a high.


Finlay Robinson will look to build on a career-best fourth at Anglesey, and Tony Verhulst will similarly look to end a consistent debut campaign behind the wheel of the 2.0 litre, third generation Clio Cup car on the right note alongside the returning Steve Williams (Jade Developments).


Two generations of the Colburn family will take to the action in Northamptonshire as Westbourne Team Principal Richard Colburn returns after a clean sweep of wins at the 2017 season opener, alongside eldest son James - himself a double winner at Anglesey in 2016.


Luke Pinder (Jade) makes another familiar face returning to the fray, and rounds out a 9-car strong Race Series field.


Series stalwart Nic Harrison could make it the perfect season with 15 consecutive victories as he leads the Road Series charge for Jade, though with the class title wrapped up the attention could well shift to a tense fight behind between MRM stable-mates James Joannou and Tom Oatley.


Westbourne’s entry is completed with Richard Guy, with regulars Sean Thomas and Paul Bell absent from the finale.


Qualifying for the season finale gets underway at 12:00 on Saturday, with both races scheduled for 11:50 and 16:00 respectively the following day.


Ben Palmer says, “The goal is clear - to get another two wins to make it a clean sheet this year. There’ll be competition from those fighting to come second overall, but if I keep composed and do what I’ve done at previous rounds, we should be okay.”


Simon Freeman says, “The results in Wales were a massive achievement for us and it shows we’re heading in the right direction. Silverstone is one of my favourite tracks and I’m hoping that we’ll be able to go well there and end the season on a high.”


Ben Colburn says, “This weekend is all about finishing the season strong by trying to get second place in the championship. It’s going to be tough with my brother James coming in, but it gives me even more desire to go out and win a race, which is what I’m aiming for.”


Nic Harrison says, “Now it’s all about maintaining the perfect record. I’ve done what I set out to do this season by winning the Road Series championship - I just want to have some fun and get a few more trophies at a great race track.”