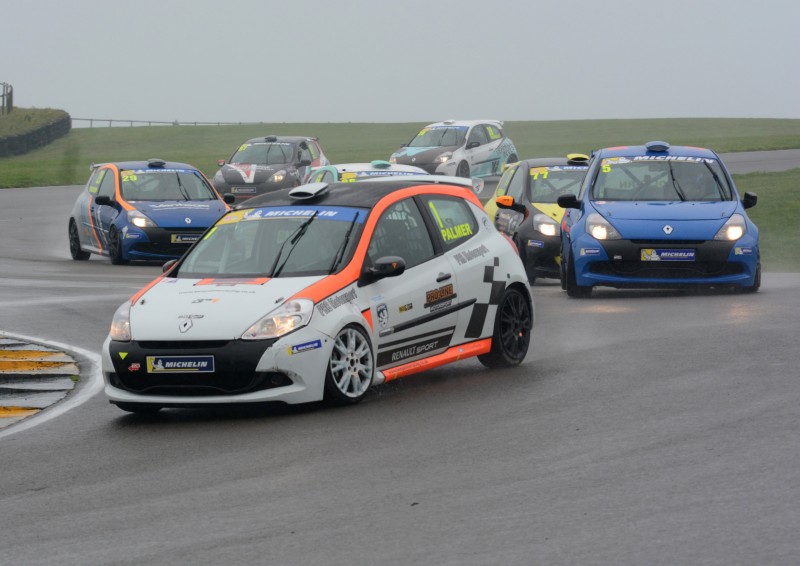 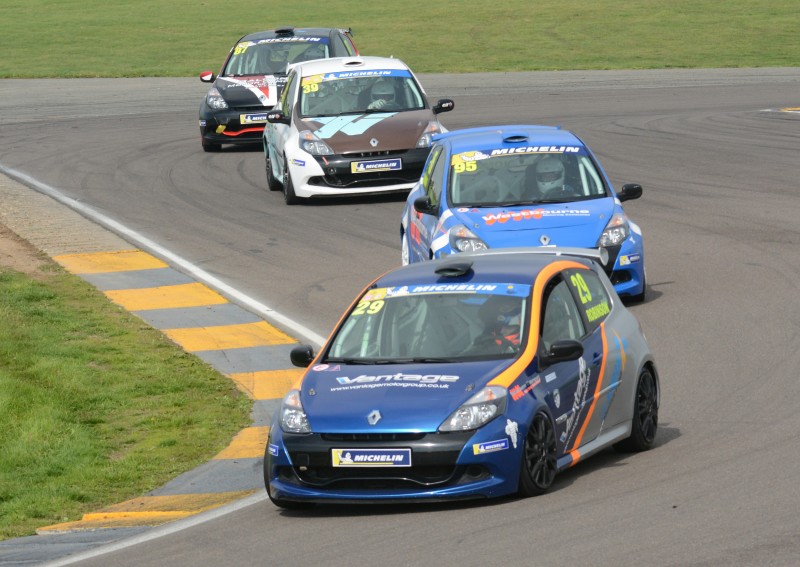 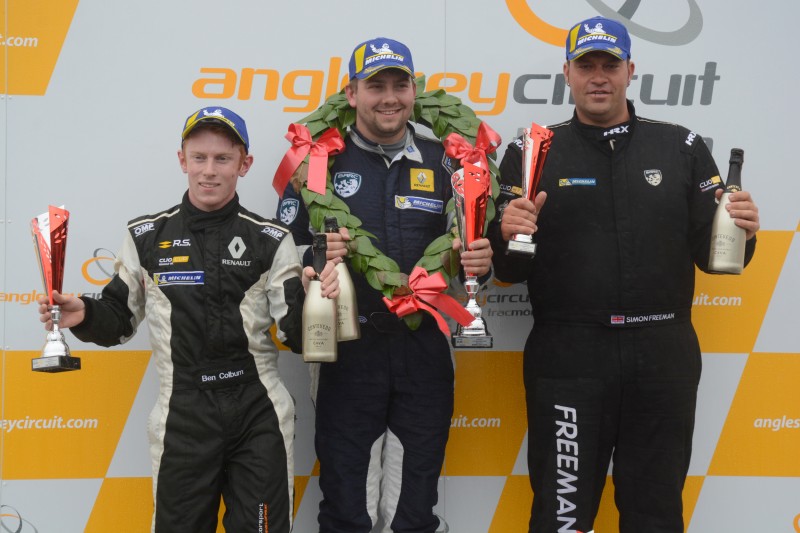 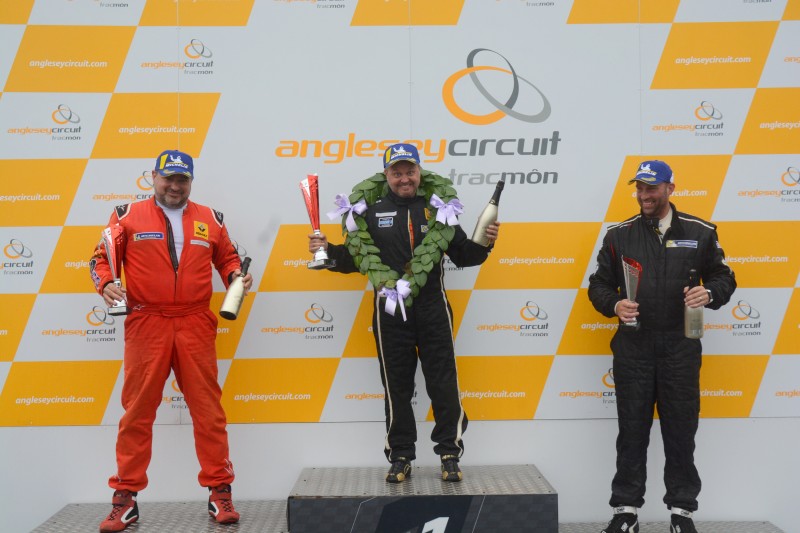 
The double triumph takes both to a record-breaking tally of 13 victories apiece in 2018 with the finale at Silverstone International to come.


The first qualifying session around the Coastal circuit proved a tense affair after tyre changes mid-session meant the drivers had to set their fastest times in fewer laps. Palmer - in his 2.0 litre, third generation Clio Cup car - came out on top, with Westbourne Motorsport’s Ronan Pearson only 0.155s behind. Tyler Lidsey (MRM Racing) was another strong performer, clocking a time good enough for third for the first race and pole for the second.


In the second qualifying outing - to determine the starting grid for Race 3 - Palmer beat Anton Spires’ lap record, with a blisteringly quick 1:14.727s. Pearson came close to pipping him once again, and was only 0.067s behind the pole man. It was also a superb session for Paul Bell (Westbourne) who had his best qualifying so far to start fifth.


In the Road Series, it was Nic Harrison who locked out the front row for all three races, with Tom Oatley (Team Prota) for company on the front row for Race 1. James Joannou (MRM) would be ready to pounce on the starting line from second for races two and three.


Saturday afternoon saw the first race of the weekend, and Palmer’s first of three victories. Ben Colburn (Westbourne) came home in second, 0.380s clear of Simon Freeman (Pitbull Racing) after the pair had battled for the extra two points all race long.


It was Sean Thomas (Westbourne) who took fourth, landing him his best result of the weekend in his new class after working his way through from eighth on the grid. Tony Verhulst (Westbourne) also had a strong race, gaining three places to finish in sixth.


Returning to the grid this weekend was Sarah Franklin (Westbourne). She scored points in every race after not being in her car for over four months - her highlight being a seventh place in this race.


The Road Series also provided an exciting first race. Oatley saved a scary-looking spin and recovered to take the final spot on the podium, after overtaking Richard Guy (Westbourne). Unfortunately, he wasn’t able to catch Joannou or race winner Harrison.


As the rain poured on Sunday morning, it was all to play for for races two and three.


With Nic Harrison already champion, it was down to Palmer to secure his title too.


All of the cars were equipped with wet tyres for Race 2, which was a closely fought battle between Palmer, Lidsey and Colburn.


Lidsey was leading the race when Palmer decided to pounce - the pair entered the Rocket complex side-by-side, but only Palmer emerged. Lidsey was forced into retirement after a an off and the privateer had lost time after being forced to slow around the car. This allowed Colburn to capitalise on the situation and run in first.


Colburn held the lead for a third of the race before Palmer performed an overtake and pulled a gap. While Palmer pressurised Colburn, Freeman was able to close the distance between him and the leaders. He crossed the line third with Pearson - scoring his weekend’s best result - in fourth.


In the Road Series battle, Harrison cemented another first with Joannou in second. Oatley was a mere 0.559s off, which secured him third place.


For Race 3, the track had dried and the sun was shining. While Palmer held a lights-to-flag victory and Colburn had another great second, there was plenty of excitement for third and fourth place.


Freeman came under pressure from Finally Robinson (Westbourne) in the closing stages, and had to execute the closing laps perfectly to stay ahead. Nonetheless, a fourth place for Robinson - coupled with two fifths - mean an excellent weekend for the racer and another strong haul of points.


The Road Series delighted with a tense closing stage battle. While Harrison did enough for his third win of the triple-header - despite running with no ABS - it was Joannou and Guy who fought for second. Joannou held on, but Guy scored his first ever podium in the series.


After an exciting weekend at Anglesey, the series will return for its finale at Silverstone on the weekend of 06-07 October.

Ben Palmer said, “The car has been consistent all year and we’ve won 13 races now. I can’t thank the team and my dad enough for their hard work.


“Qualifying wasn’t my best yesterday, so I had to start third for the second race, but I managed to get past Colburn and Lidsey. It was trickier to do that, but I still managed it. It’s been a great weekend overall and winning the championship has made it better still.”

Ben Colburn said, “This weekend’s results are better than I had expected but I still would’ve loved to gain a win. We nearly had it in race two, but it wasn’t meant to be and that’s racing sometimes! The team and I come away with three second places, so it’s a good weekend and I look forward to Silverstone.”


Simon Freeman said, “Things have been going great this season - the team and I have been working hard. Qualifying didn’t go to plan, but to end up on the podium three times makes it a strong weekend in general. Anglesey’s results have been a massive achievement for us.”

Nic Harrison said, “This weekend has been good - another perfect weekend with the three wins, poles and the Road Series title.


“The third race was tough when three laps until the end the battery light came on and then the ABS was locking up. It gave me a bit of a scare and it was challenging, but thankfully I had a five second lead to fall back on.”