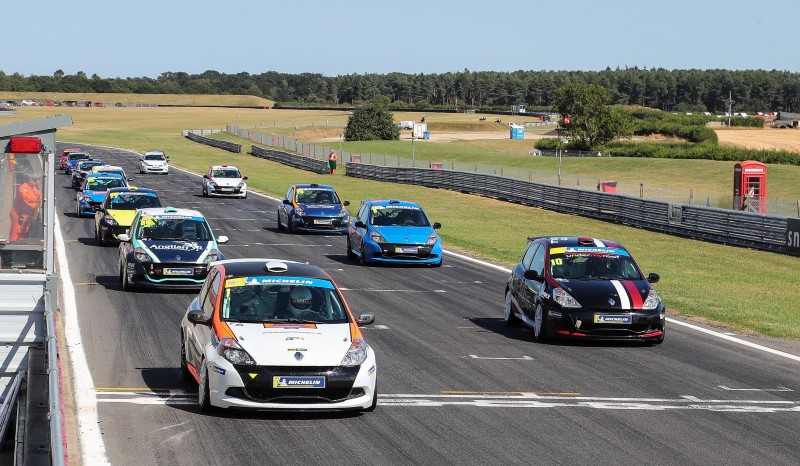 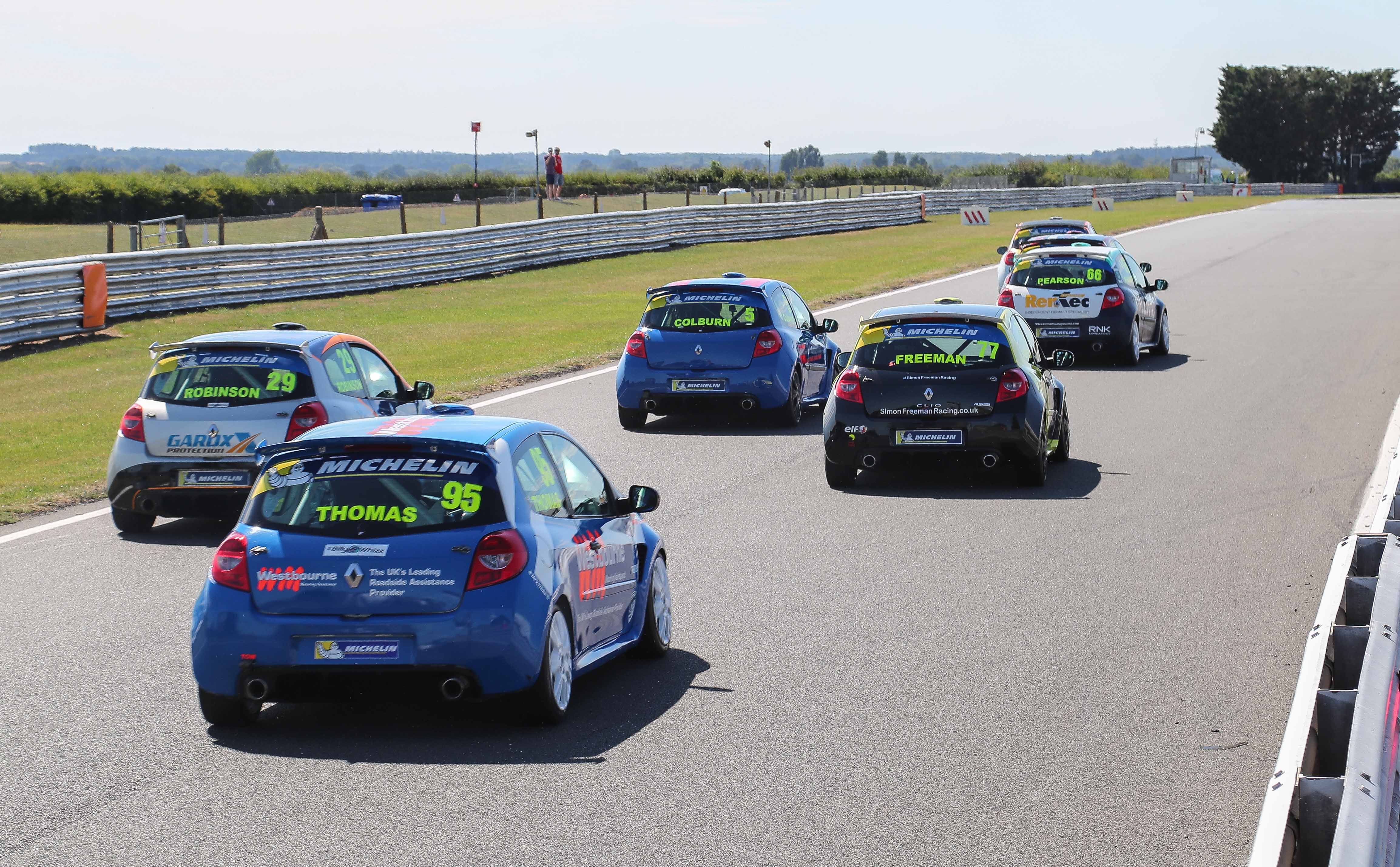 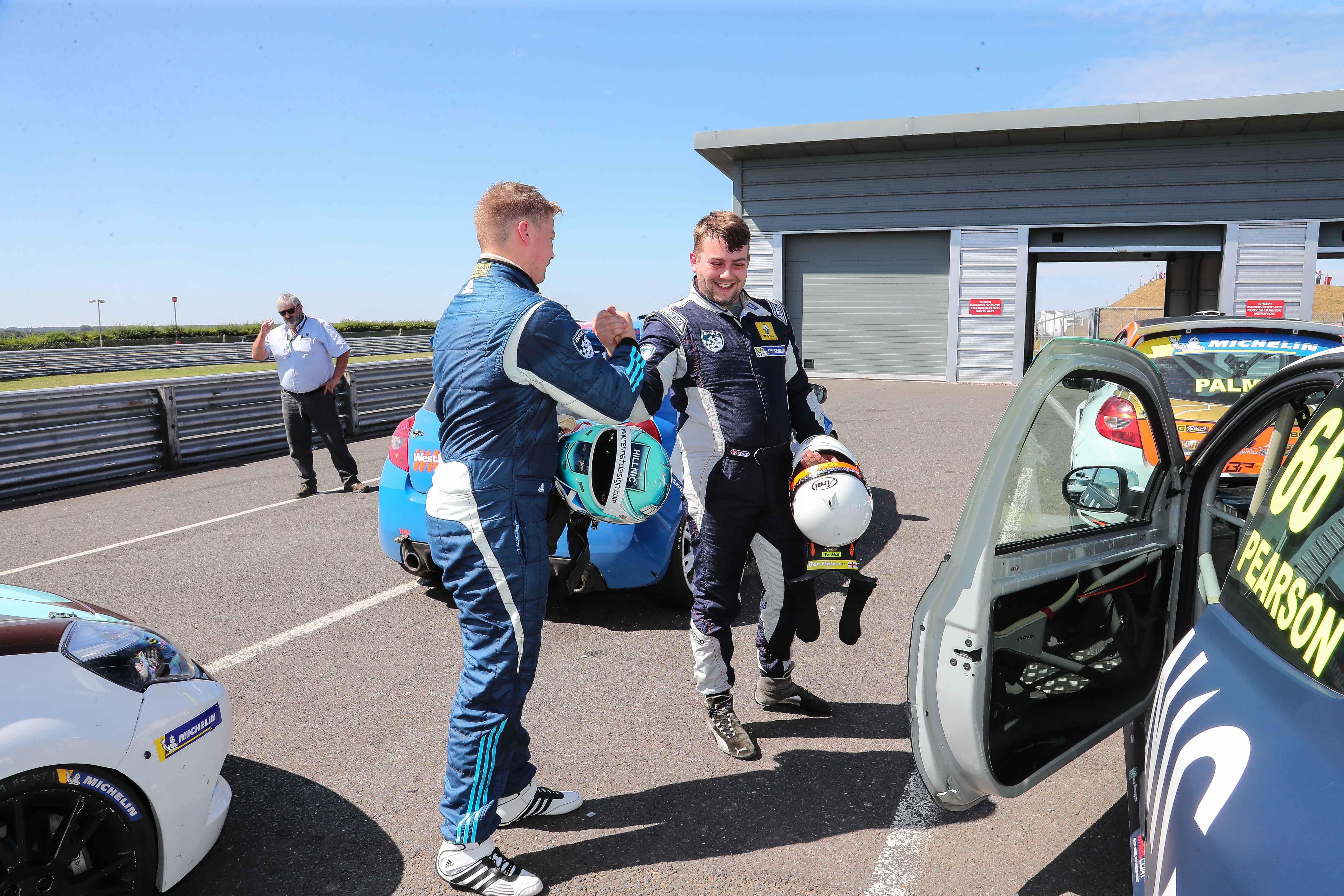 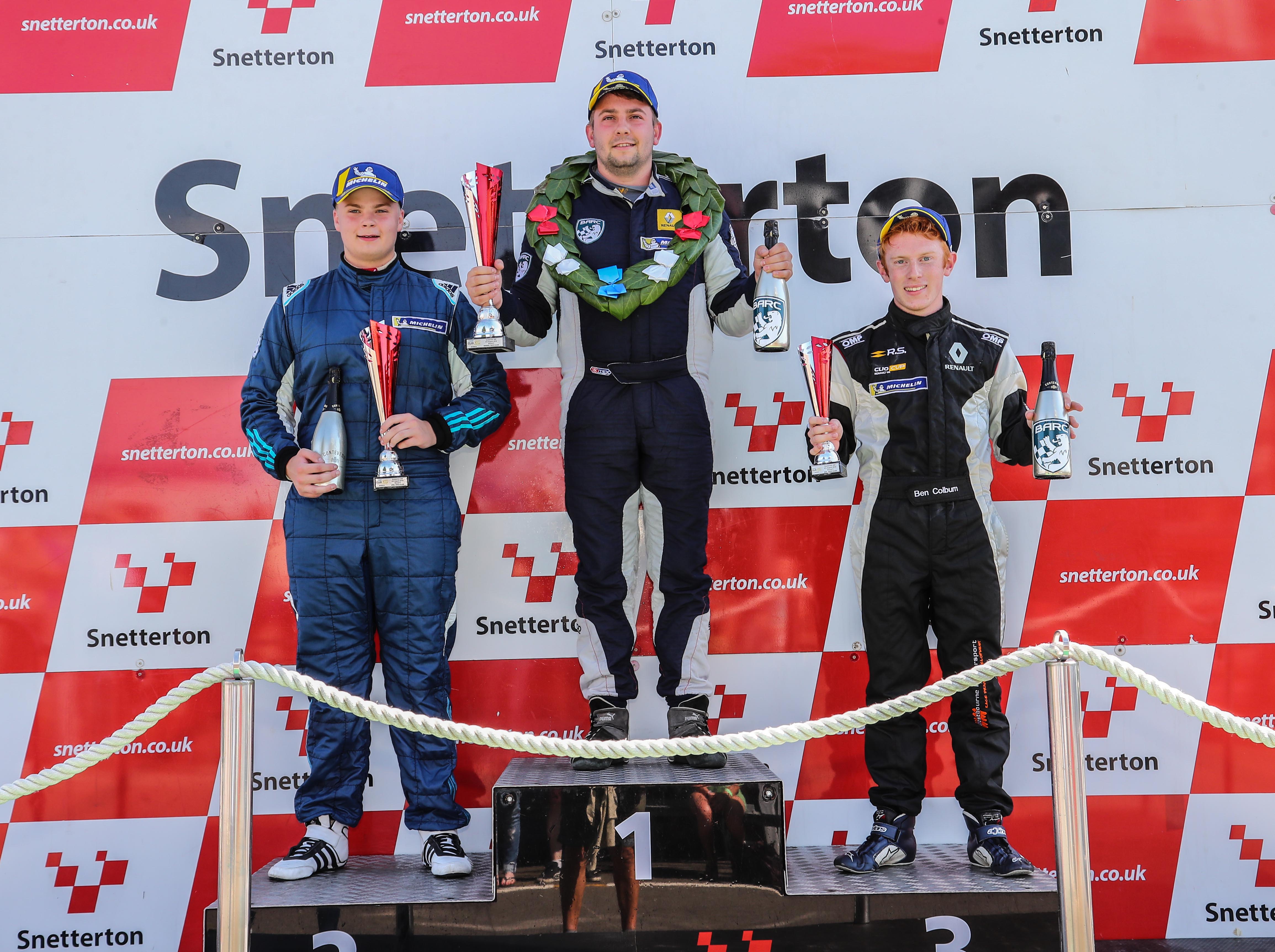 PALMER STEALS BOTH VICTORIES IN A THRILLING SNETTERTON DOUBLE HEADER

2017 champion Ben Palmer again proved that he was a force to be reckoned with this weekend, winning both races in the Michelin Clio Cup Series double header at Snetterton. This takes Palmer’s winning record to 10 this season, with the privateer only needing one more win to match last year’s record.


Ronan Pearson (Westbourne Motorsport) came within touching distance of his first win in the series in the first outing of the day. An attempt of an overtake was imminent on the last lap, but a yellow flag at Palmer prohibited the 16-year-old from taking the lead. In the second contest, he came tantalizingly close again, with the Scotsman applying pressure to Palmer throughout. Nonetheless, with two second places - and two fastest laps - under his belt, he heads to Anglesey comfortably second in the overall championship standings.


Ben Colburn (Westbourne) bounced back in true style after a tricky qualifying session. In Race 1, he demonstrated his aptitude for overtaking as he made a great pass on Simon Freeman (Pitbull Racing) going into Murrays to allow him third place. In Race 2, he showed that he was back at the sharp end for good. There was another podium on the cards, bringing his total this season to four.


Freeman made good progress after starting Race 1 from seventh on the grid - a great second lap saw him pass Finlay Robinson (Westbourne) to put him fourth. There was a second fourth place of the weekend for Freeman in Race 2, with the driver receiving a brace of points.


MRM's Tyler Lidsey was another driver who sprung back from misfortune this weekend. An unlucky incident meant that he was unable to finish in Race 1, but he was back on form in the afternoon, recovering with a fifth place finish.


Robinson continued his consistency this weekend, with another top six finish under his belt. The Westbourne racer crossed the line fifth, 2.631s ahead of newcomer Paul Bell. In the final contest, there was another strong finish with Robinson coming home in sixth.


Bell - a privateer - continued to impress on his debut weekend. The highlight came in Race 1 when he finished sixth, ahead of some of the series veterans.


Sean Thomas (Westbourne) showed composure in his new environment, with two seventh places ahead of the triple header in Wales.


Unfortunately, John Hamilton wasn’t able to convert his strong qualifying result. An off in the first race meant that he wasn’t able to participate for the rest of the weekend. The Jade driver will be sure to be back with gusto next time out.


In the Road Series, it was Nic Harrison who romped home to victory on both occasions, storming across the line 8.173s clear of Tom Oatley (Team Prota) in Race 1. Come the afternoon, Harrison was eager for another celebration and brought home a lights to flag victory.


James Joannou (MRM) had an off at Palmer in Race 1, but recovered to pass Richard Guy (Westbourne) and take the final spot on the podium. In Race 2, he added to his silverware with another strong P3 finish.


Guy made a successful debut in the series, showing he has the all important pace to keep up with the more experienced competitors. With a sturdy set of points in the bag, he’ll be able to build on the momentum gained at Snetterton.


Ben Palmer says, “In Race 1, all of the top five were capable of winning. It was tricky, and I had to work hard with Pearson so close behind. It was tight again in Race 2, with Ronan and I both being better at different parts of the circuit. Overall, it was a good weekend and I have my still have my 100 percent success rate in the bag too.”


Ronan Pearson says, “I had issues in Race 2 with my car not turning right, so I gave it everything out there to come home in second. I also got the two fastests laps of the day, which shows I am doing what I need to be doing. I was closer than ever here for a win, so hopefully that will come at Anglesey.”


Ben Colburn says, “In Race 1 I made a great move on Freeman outside of Corum and into Murrays. In Race 2 I made a good start, and kept myself in the clear. I’m happy to come away with two podiums, and it’s great to be back where I want to be.”


Nic Harrison says, “The weather conditions were tricky out there today, so I had to work even harder for those wins. I am delighted to come away with another two victories and with a bit of luck I can keep that going at Anglesey.”