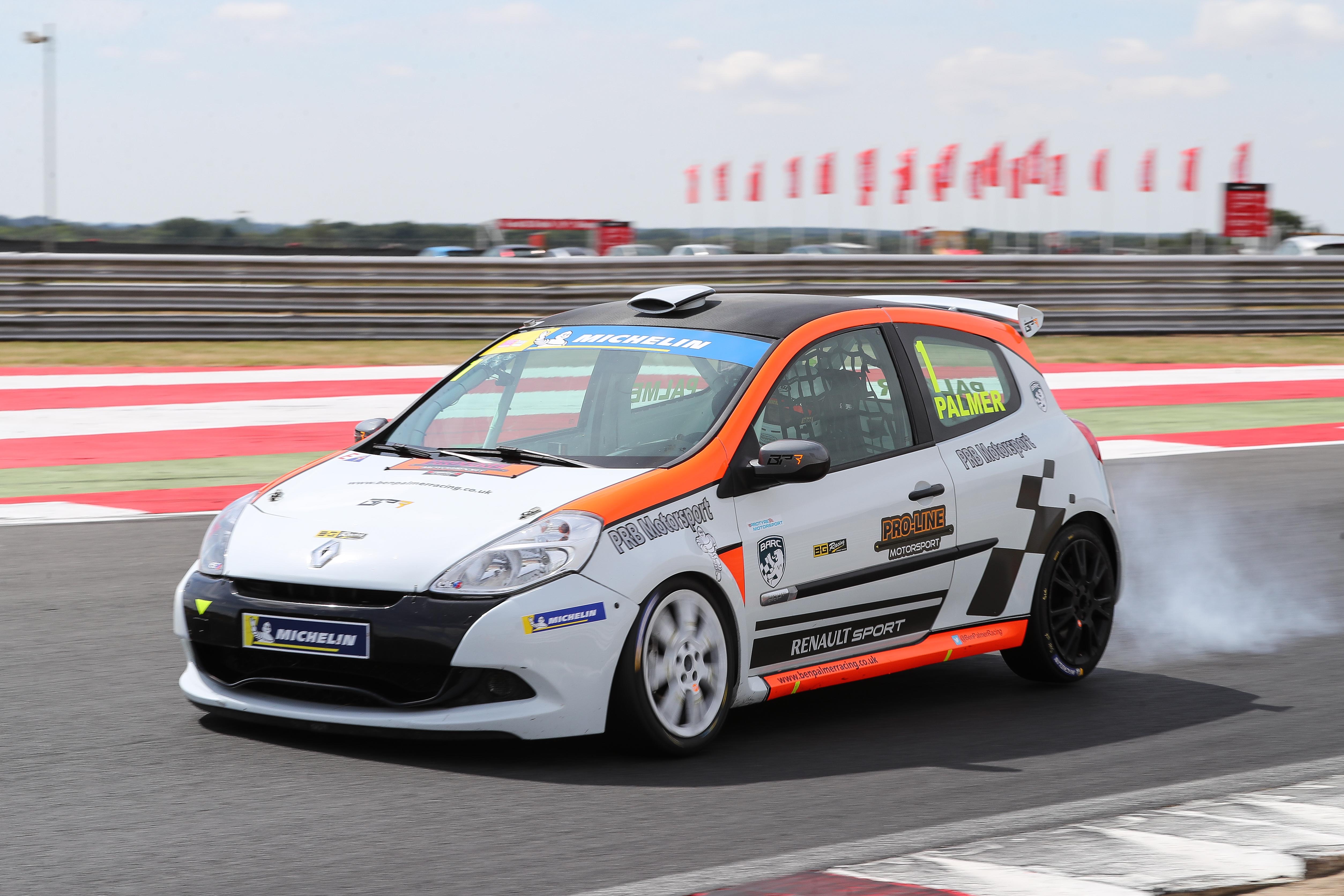 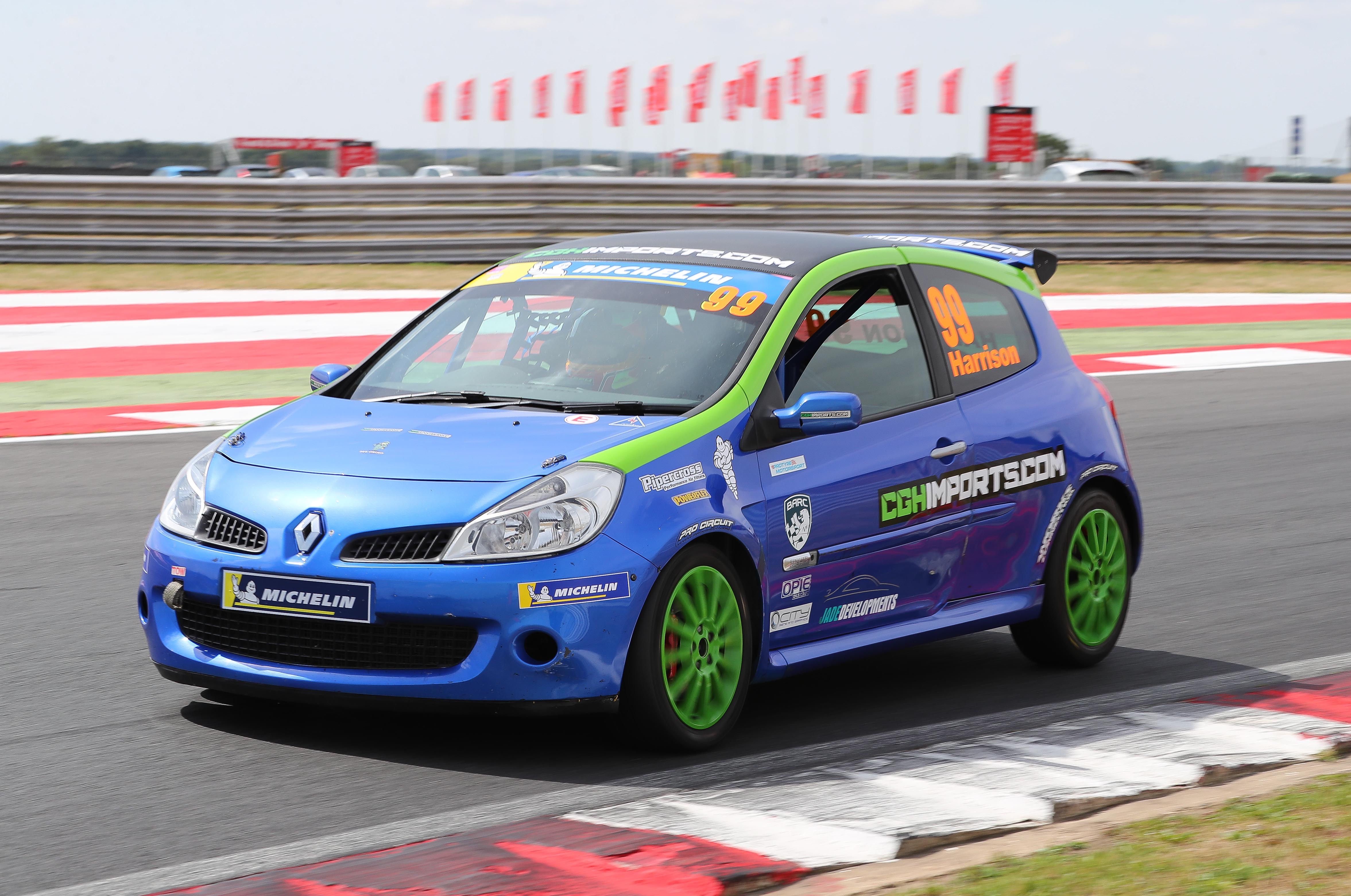 It was reigning champion Ben Palmer who came out on top in a shortened Snetterton qualifying, setting a time of 2:10.843s. The privateer will start on pole for both races in the double header tomorrow, after doing enough to secure the first and second fastest times of the day.


The session was limited to just two hot laps, after an off at Palmer for Ben Colburn (Westbourne Motorsport) halted the proceedings. Despite the incident, the recent Renault UK Clio Cup graduate clocked a time of 2:12.685s to allow him to line up fifth on the grid, raring to bounce back.


Back at the business end of the field, Ronan Pearson (Westbourne) continued on his run of successful qualifying sessions by setting the second fastest time of the day. Pearson’s lap times were dropping rapidly, and the young Scotsman only missed out on his third pole of 2018 by just 0.009s. He and Palmer were the only two drivers to dip below the 2 minutes 11s mark in the humid conditions.


MRM’s Tyler Lidsey continued to show that he is a threat in the championship. He starts third on the grid for Race 1, with a time of 2:11.383s in the bag. For the second outing, the Dartford-basted driver did enough to start second, with him and Pearson trading grid places.


While he wasn’t present for the previous rounds at Thruxton, John Hamilton (Jade) was back with a bang at Snetterton. With a time logged of 2:11.529s -  one to rival Lidsey's best lap of 2:11.383 - Hamilton will be within striking distance of a podium.


Lining up in sixth for both races tomorrow is Finlay Robinson (Westbourne), who continues his trend of strong qualifying sessions. Robinson has been consistently finishing in the top six since Brands Hatch and will look for this to carry on tomorrow.


Simon Freeman (Pitbull Racing) will begin Race 1 from seventh, in prime position to make up lost ground as he fights his way through the midfield.


Paul Bell (privateer) did a sterling job in his first ever qualifying session. Despite not getting a complete hot lap in, the new Race Series driver showed potential ahead of the races and starts eighth for Race 1.


Finishing the Race Series qualifying line-up are Tony Verhulst (Westbourne) and Steve Williams (Jade Developments) who will be looking for another brace of points tomorrow.


Sandwiched between them is Sean Thomas (Westbourne), who participated in his first Race Series qualifying after progressing from the Road Series. His second fastest lap of the day was enough to put him seventh on the grid for the second instalment of racing.


In the Road Series, Nic Harrison (Jade) cemented another pole position, 1.3  seconds ahead of his rival James Joannou (MRM). The Burton-On-Trent based driver is poised in a great position to try and make it 10 wins in a row. Yet, the threat from Joannou in second position shouldn’t be underestimated. He and Harrison were involved in wheel-to-wheel action at Thruxton and Joannou remains hungry for his first win in the series.


Tom Oatley (Prota) is likely to join those battles for the top spot, and he’ll be in an excellent place to do so. Starting P2 in Race 2 will enable him a good opportunity for some repeat success following a strong Thruxton campaign.


Road Series newbie Richard Guy (Westbourne) will be within striking distance of the cars in front, searching for silverware in his first ever race outing with the series.


Amiss from this weekend is Darren Geeraerts (Westbourne), but the driver will be back on the grid for the action at Anglesey next month.


Ben Palmer says, “Qualifying was short and sweet, but I’m glad to be at the front of the field for both races. I got the laps in when it counted today, and that’s good. I’m not going to get complacent, as race day always throws up new challenges.”


Nic Harrison says, “Another pole position in the bag is always a good feeling to have. Racing at Thruxton was great fun and hopefully it’ll be a similar situation tomorrow. Hopefully, I can stay in front too and add to my winning streak.”