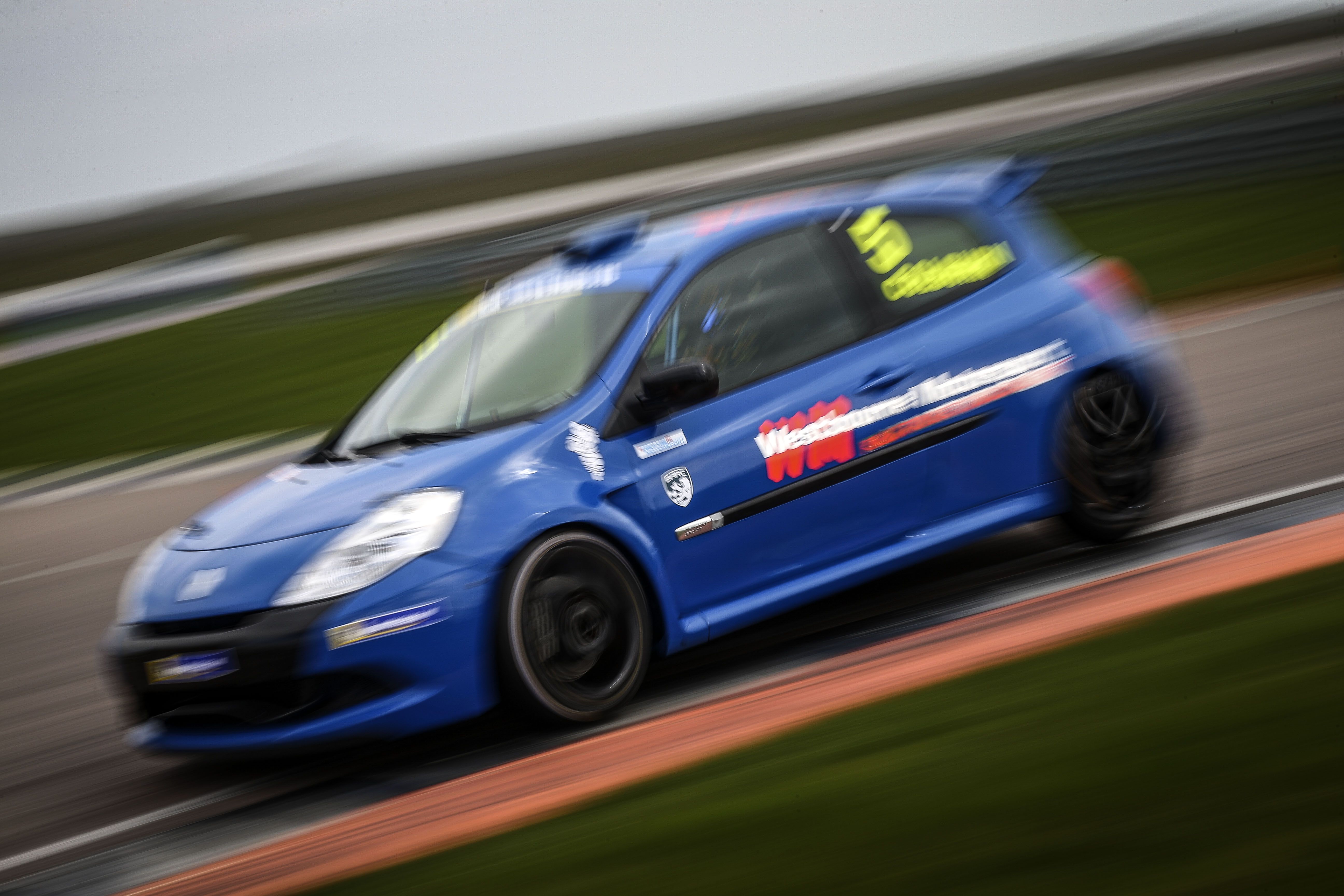 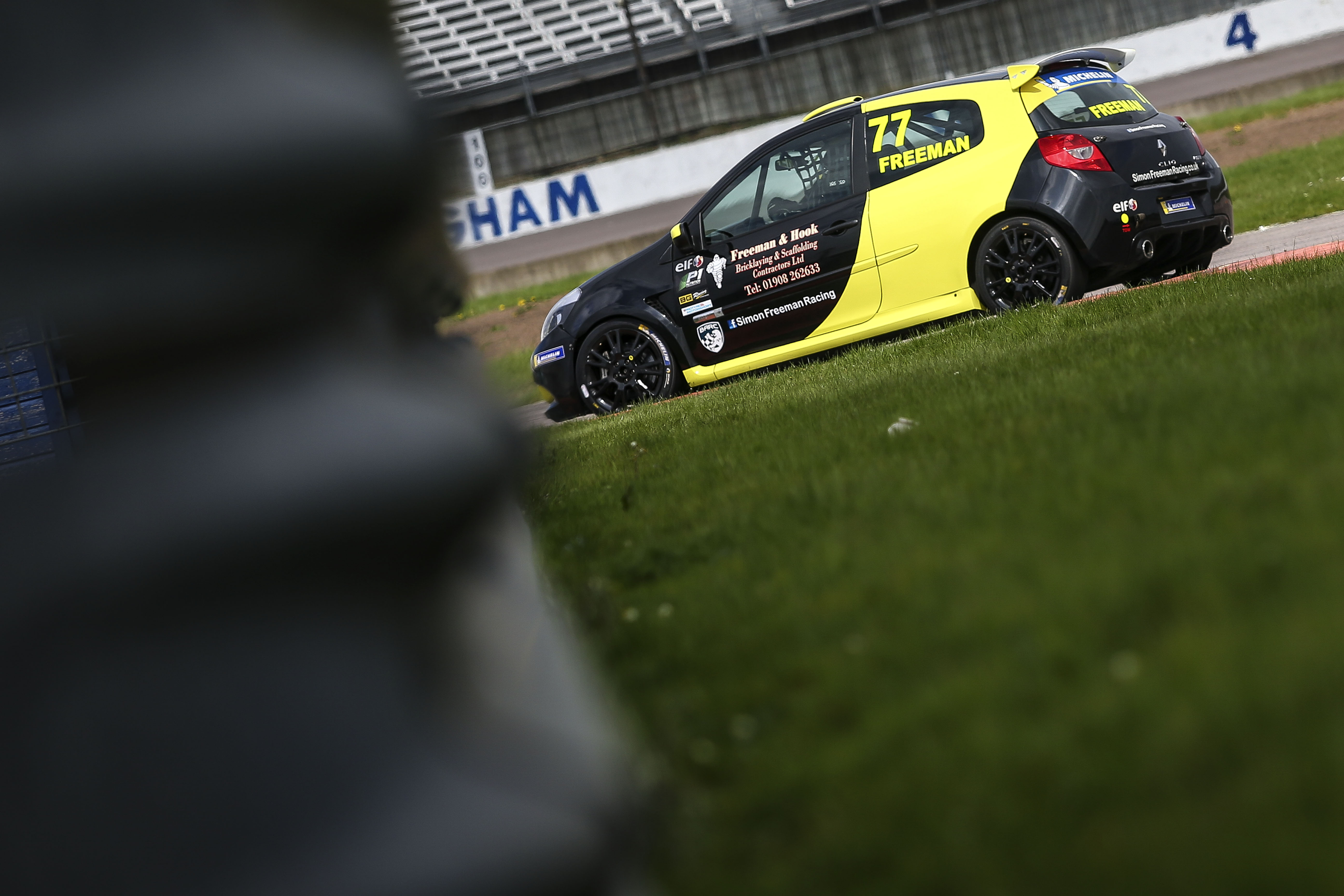 The battle in the Michelin Clio Cup Series Championship is to become ever closer as the series heads to Brands Hatch.


The Kent circuit will play host to the series on the 12 and the 13th of May as the drivers take to the Indy Circuit formation.


The 2017 champion Ben Palmer (BPR) will be hoping to extend his lead at the top of the Race Series points table, having won all four races in 2018.


One driver looking to change Palmer’s run of victories is Ben Colburn, after he secured two podiums last time out at Rockingham Motor Speedway. The Westbourne Motorsport driver scored a second and third place finish, enabling him to sit second in the standings coming into this weekend. The Worthing-based showed he was able to lead a race and cemented his ability to overtake.


Another driver hot on his tail is Simon Freeman (Pitbull) who has had an impressive bank of podiums so far this season. In turn, Rookie Ronan Pearson (Westbourne) has been showing impressive pace in the opening rounds, having secured pole pole position and his first podium at Rockingham. He’ll be going into Brands Hatch ever closer to his first series win.


After a successful start to his Michelin Clio Cup Series debut, Tony Verhulst (Westbourne) will be looking to continue his points scoring at the next rounds.


Completing the field for this outing are Steve Williams (Jade) and Finlay Robinson (Westbourne) will be looking for their first silverware of the season.


In the Road Series, Nic Harrison has won all four rounds of 2018 and sits pretty at the top of the road championship standings.


Other drivers are showing increasingly quick pace, with Tom Oatley (Prota) back on the grid after missing the first rounds at Silverstone.


The Road Series grid will also welcome James Colburn who will race this weekend as a guest driver.


In the championship standings, James Joannou (MRM) and Darren Geeraerts (Westbourne) are sitting level on 18 points a piece. It will be interesting to watch the battle between the two drivers unfold as we head further into the season.


Established as a fully-fledged series in 2014, the Michelin Clio Cup Series provides a home to the 2.0 litre, third-generation Clio Cup car used in the flagship Renault UK Clio Cup in support of the British Touring Car Championship until 2013.


In 2018, the championship will take in further dates at Thruxton, Snetterton and Anglesey before returning to Silverstone for the final two rounds on the International configuration over the weekend of 06-07 October.


Ben Palmer said, “Four out of four victories is excellent although I want to make it six in a row. My team has been working really hard and I’m happy with all of the work that we’ve been doing!”


Ben Colburn said, “Hopefully we’ll be able to get onto the podium again and maybe even push for some wins. It’s going to take confidence in the first few laps to get past Palmer, and then I need to thinking about making some moves towards the end of the race. I’m not going to give up!’


Nic Harrison said, “I hope I can continue to win and compete well as we move to Brands Hatch. I’m looking forward to the weekend and seeing what we can do.”


Tom Oatley said, “I’ve got a great mechanic and an excellent car, so I’m hoping for the same success (at Rockingham). I would love to beat Harrison at some point, and I’m going to keep trying!”