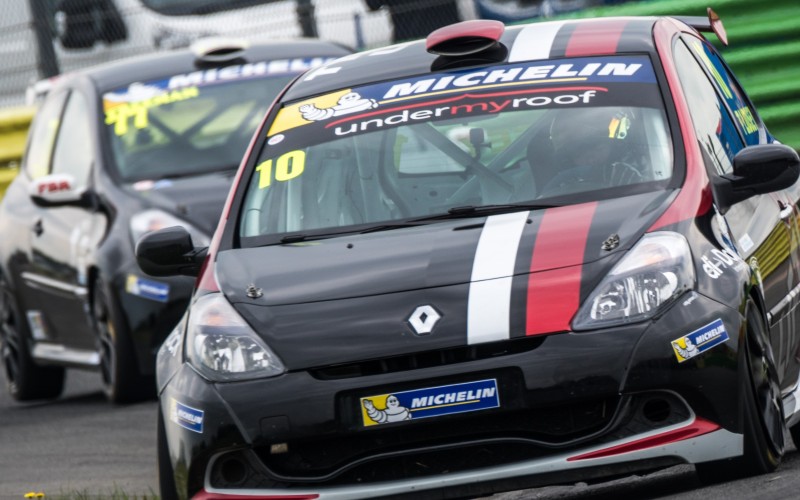 MRM Racing will once again field both Tyler Lidsey and James Joannou in the 2018 Michelin Clio Cup Series.

Mike Ritchie's outfit will contest dual campaigns in both the Race and Road Series, with Lidsey set to challenge for the overall title after several previous podium successes, and Joannou after a strong development year in the race-converted Renaultsport 197 model.

Both will look to kick off their championship assaults at the season opening round around the National circuit configuration at Silverstone this weekend [24-25 March].

The Michelin Clio Cup Series provides a home to the 2.0 litre, third-generation Clio Cup car used on the flagship Renault UK Clio Cup in support of the British Touring Car Championship until 2013.

The category also features a Road Series for race-converted Renaultsport 197 and 200 models, providing both the perfect cost-effective route into national motorsport and the means of progressing to a higher level.

In 2018, the championship will enjoy further dates at Rockingham, Brands Hatch, Thruxton, Snetterton and Anglesey before returning to conclude the season at Silverstone in October.

Tyler Lidsey said, “There’s always a great feeling finally getting back behind the wheel of the car, after having what feels like such a lengthy winter off.

“It's an even greater feeling to be able to pick from where we left off last season as we ended last years campaign on a high in terms of lap times and pace. With it being our third and potentially our final year in the championship, the bar couldn’t be set higher, and my hopes are firmly set on taking the title.

“Going for the title is going to be no easy task as I know from last years campaign every competitor upped their game towards the end of the season, but I do however genuinely believe that if we can go into every round with the right mindset and qualify well then it can be achieved.”

James Joannou said, “Being back behind a Michelin Clio Cup Series car for 2018 is exciting. Hopefully we can build on the good results that we’ve achieved in the past and score more podiums. It’ll be good to see some familiar faces on the grid, and it’s always nice to see new entrants too. I’m looking forward to competing and can’t wait for the championship to begin at Silverstone.”