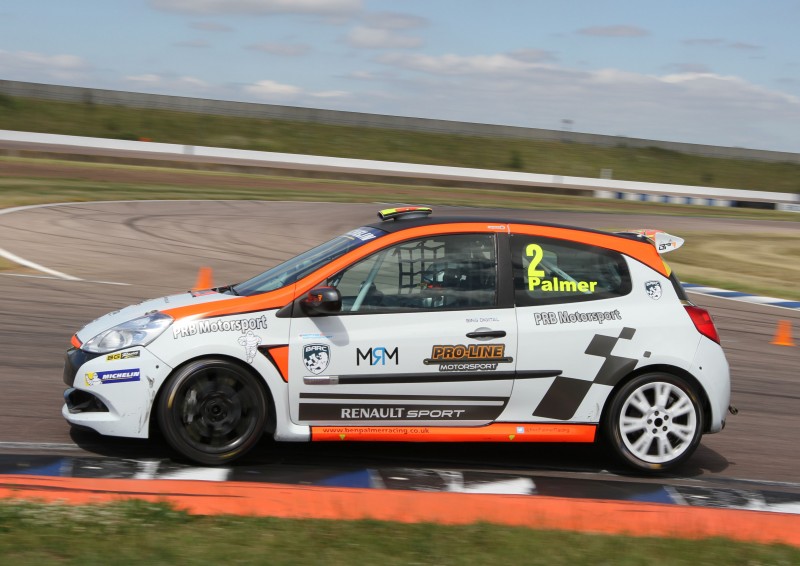 Palmer, who took 11 race victories en route to the Race Series title last campaign – and then impressed on a return to the flagship Renault UK Clio Cup in support of the British Touring Car Championship as his prize – will kick off the defence of his crown at Silverstone this weekend.

In Simon Freeman he has a team-mate likely to push him all the way, with the Pitbull Racing-backed driver becoming something of a rookie sensation in 2017 after switching from the 750 Motor Club-run equivalent ahead of the second meeting at Croft.

He went on to make his podium breakthrough in his second meeting at Rockingham last May and added a further five visits to the rostrum in the final ten races. He will look to secure his maiden race victory in 2018 with the support of Palmer’s outfit.

The championship, which features the 2.0 litre, third generation Clio Cup car used in the Renault UK Clio Cup until the end of 2013, will take in further events at Rockingham, Brands Hatch, Thruxton, Snetterton and Anglesey before concluding back at Silverstone on the 07-08 October.

Ben Palmer said, “It’s a great feeling to have everything in place now to defend my Michelin Clio Cup Series title. It’s been a long winter but we finished last season in fantastic form and I’ll be aiming to carry that over into the opening meeting at Silverstone this weekend.

“Joining forces with Simon and Pitbull Racing was a complete no-brainer. They’ve quickly established themselves as one of the packages to beat in this championship and together I think we’ve got every chance of fighting consistently at the front.”

Simon Freeman said, “I’m very happy to be working alongside Ben this season, we’ve already been out testing with the car and found some extra time, which bodes well for the year ahead.

“My debut season was a big learning curve, and the aim for this season undoubtedly has to be continuing that consistent run of podiums and aiming for the overall title.

“One of the biggest challengers last year was learning about how the car behaves over the course of a race distance, I feel like I’ve got a handle on that now and it should allow us to be more competitive at each event.

“I’m really eager to get going at Silverstone this weekend, and with mixed conditions forecast it should make for an interesting spectacle!”