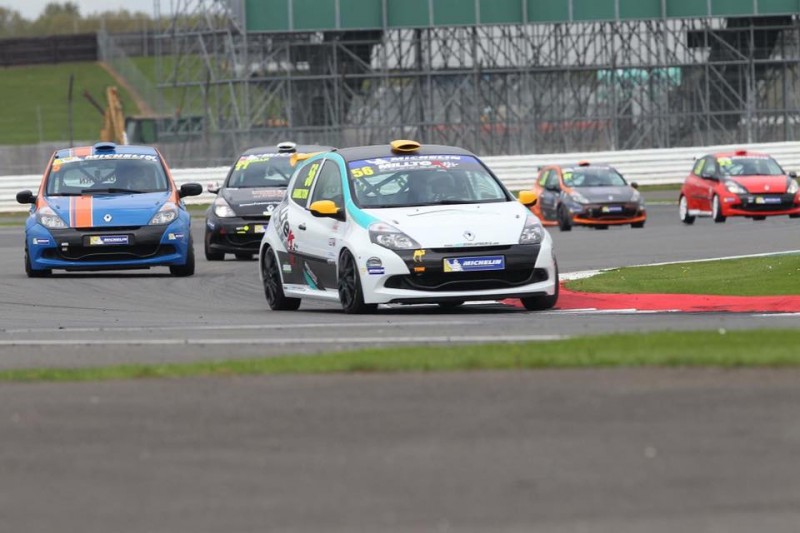 John Hamilton will return to the Michelin Clio Cup Series grid for 2018 after agreeing a deal with Jade Developments to contest the Road Series.

His resume also includes victories in the Atom Cup, Eurosaloons and Trackday Trophy, among others.

The Michelin Clio Cup Series provides a cost-effective home to the third-generation, 2.0 litre Clio Cup cars used in the flagship Renault UK Clio Cup in support of the British Touring Car Championship until 2013.

The series also features a separate class for race-converted, road faring Renaultsport 197 and 200 models, providing both the perfect entry level opportunity to break into touring car racing and the means of furthering developing drivers towards graduating into higher levels of the sport.

His full-season debut will commence at the opening two rounds on the National configuration of the world-famous Silverstone circuit on the 24-25 March, 2018.


John Hamilton said, "I’m really excited to be finally joining the Michelin Clio Cup Series, as it has been my intention to do so, since its inception. In fact, it was my car that launched the series, at the Autosport International Show in 2013, however due to a serious, spinal injury sustained in a Eurosaloons race at Silverstone in 2012, I was advised not to race until the spinal issues were resolved.

"I have worked with Jade Developments since the start of my motor racing career and we have a pretty impressive strike rate, with multiple race victories and previous success in the Clio class of the Trackday Trophy. Sean and Jade developments have an excellent record in the Road Series so hopefully I can add to that tally.

"I have also raced and won in Ariel Atom cup, but to say I am still a novice would be putting it mildly, having only raced around a dozen times. I was encouraged to return to the series after debuting in the final round at Silverstone International in October of last year, finishing a creditable 5th, after not having set foot on a race track for over 4 years, other than the pre-race test day.

"I am a huge fan of learning from others, which I suspect isn’t too common for a 51 year old and I will be working with top professionals, such as Ash Sutton, Phil Glew, Paul O’Neill and Danny Buxton this year, to help me hopefully achieve a podium.

"As with anything in motor sport, what I manage to achieve will be a combination of hard work and dedication, coupled with luck. Obviously, in an ultra-competitive, single make series, the level of opposition plays a huge part and I believe consistency will be the key to any success I manage to achieve."