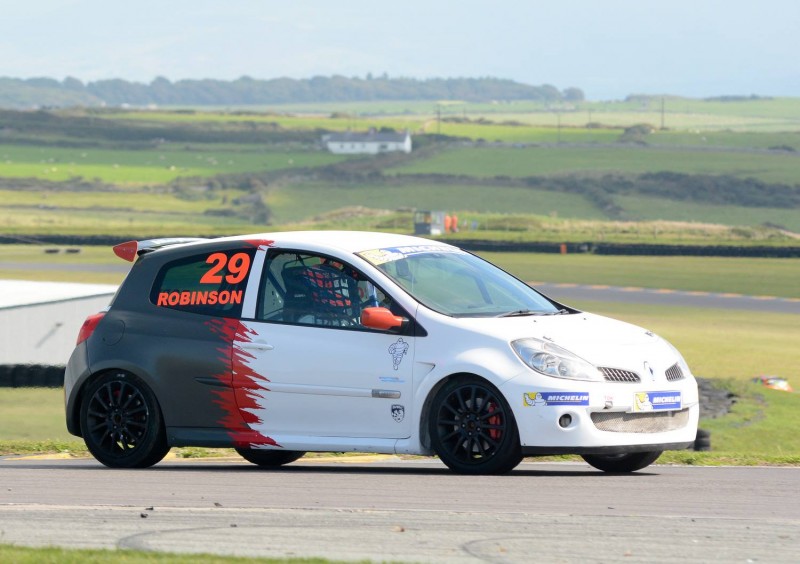 Finlay Robinson will graduate to the Race Series category of the Michelin Clio Cup Series with Westbourne Motorsport in 2018.

The former Junior Saloon Car Championship (JSCC) competitor joined the Road Series category for race-converted Renaultsport 197 and 200 models at Rockingham last May, taking his first victory in the class at Silverstone in October.

Finlay maintained this pace with three further podium finishes at circuits including Brands Hatch and Anglesey to finish fifth overall against experienced opposition.

The young talent began testing at Silverstone with the Worthing-based outfit last Friday [16 February], ahead of the opening two rounds of the season at the same venue on 24-25 March.

Finlay Robinson said, “I am really pleased to be re-signing with Westbourne Motorsport - they're a fantastic outfit with a strong technical setup and a supportive atmosphere to help me focus on putting in the best performance I can.

“My first outings in the car were very positive, it was mostly spent getting used to the speed and control of the car, including my first ever run on slick tyres with that car. Already we've got a good indication that I'm near the pace I need to be in order to fight at the front this season, so I'm setting myself some realistic goals – to be on the podium as often as possible and to make sure I'm always within a few tenths of a second of pole position.

“If we can achieve both of those targets then I'm confident we're set for a successful season.”

Team Manager Richard Colburn added “We were all so proud of Finlay last year when he convincingly won at the last round at Silverstone International. He has really worked hard over the winter period with our driver coach Ed Pead and made the transition to the Clio race car in a very progressive and positive way. I know Finlay will be very capable of further race wins and regular podiums in 2018”