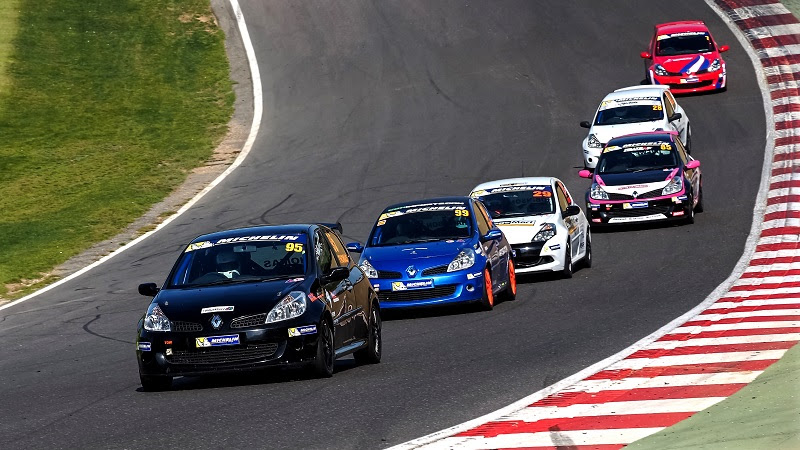 Sean Thomas has agreed a deal to return to the Michelin Clio Cup Series grid for the 2018 season, and will contest the Road Series with Westbourne Motorsport.

Thomas, who made a blistering start to life in the highly competitive single-make category by taking both class victories on his debut weekend at Rockingham, went on to secure further visits to the top step of the podium at Anglesey and Brands Hatch, finishing the season in third overall.

Westbourne Motorsport have prepared a brand new, race-converted Renaultsport 200 model for this seasons competition, and testing began in earnest at Silverstone – often dubbed the 'Home of British Motorsport' – last Friday, ahead of the opening rounds of the season at the same venue on 24-25 March, 2018.

The young talent is aiming for title glory in his sophomore year against what is expected to be a healthy grid in both classes.

Sean Thomas said, “The objective for this season has to be to win the Road Series. After only five meetings in the car last season I was able to take third in the class standings and I'm keen to build on that success.

“Richard and the guys at Westbourne Motorsport have built me a brand-new car for this season and testing went incredibly well last week. We've got good pace behind us and I'm very positive about what the new season will hold, I can't wait to get going.

“Last year was a learning curve for me after stepping up from the Junior Saloon Car Championship, but taking both race victories on my debut proved we have the pace to succeed at this level.

“Signing with Westbourne Motorsport was an easy decision. They're a fantastic team with a supportive atmosphere and everybody works well with one another; the perfect oiled machine that allows me to concentrate on my driving. I couldn't be happier as part of the setup here and I'll do everything I can this season to reward them with the silverware they definitely deserve.”


Richard Colburn, Westbourne Motorsport Team Principal said, “I’m really pleased that Sean has chosen to race with Westbourne Motorsport again this year. He missed the opening rounds last year and then went on to win his first ever Michelin Clio Cup Series race, which is a fantastic achievement.

“I know he has the skill and ability to be a title contender this year and everyone at Westbourne is looking forward to sharing the experience with him.”