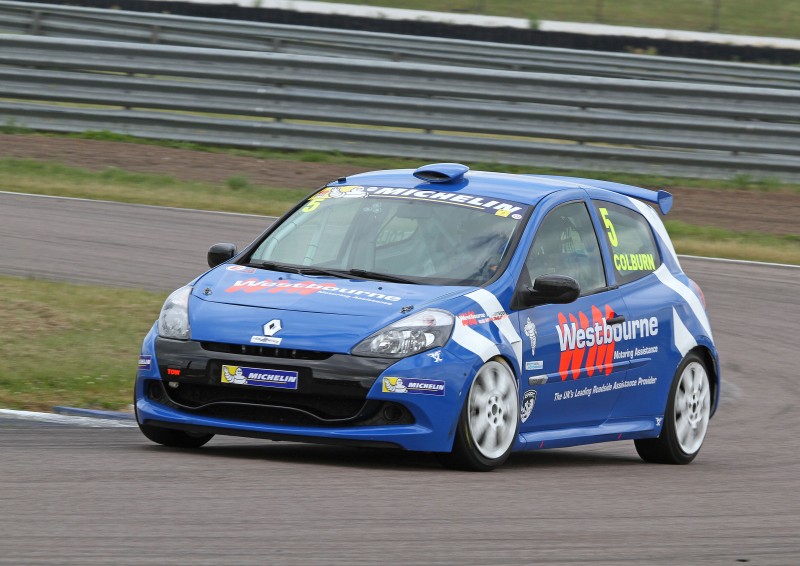 The Worthing-based racer made his podium breakthrough in the Race Series at both Croft and Rockingham en route to fourth overall in the standings. Alongside this he secured a staggering 12 top-five finishes to cement this strong position in the series.

Before his debut in the BARC-run series, he enjoyed two successful seasons in the Junior Saloon Car Championship, finishing second in 2014 before claiming the championship title the following season.

The Michelin Clio Cup Series provides a cost-effective home to the third-generation, 2.0 litre Renaultsport 197 and 200 Clio Cup cars used in the flagship Renault UK Clio Cup in support of the British Touring Car Championship until 2013.

The series also features a separate class for race-converted road faring models, providing both the perfect entry level opportunity to break into touring car racing and the means of furthering developing drivers towards graduating into higher levels of the sport.

His title challenge will commence at the opening two rounds on the National configuration of the world-famous Silverstone circuit on the 24-25 March, 2018.

Ben Colburn said, “I’m really looking forward to getting back in my Michelin Clio Cup Series car for the new season. Testing began in earnest last weekend at Rockingham on the International Sports Car Circuit and we enjoyed some very productive running.

“I believe we’re in a fantastic position as a team and, combined with the experience I’ve gained over the last two seasons of competition, I feel better placed than ever before to win races in 2018!”

Richard Colburn, Team Principal said, “Westbourne Motorsport have a fantastic team line up once again this year to aim for Michelin Clio Cup Series glory, and I’m certain there we be great battles throughout the field as we’ve seen in recent seasons.

“We have several drivers that can win races, and with the depth of experience and ability in the field I’m sure the title will go down to the wire again as it did last year.

“The calendar put together for this season is superb and the addition of Thruxton will add a new dimension and an unknown for some of the teams and drivers. We’re looking forward to getting underway.”