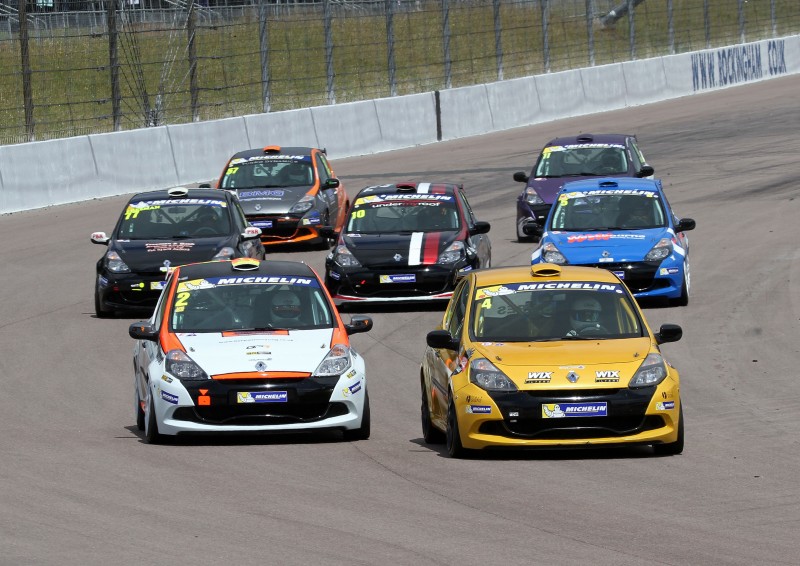 Exciting returns to Thruxton and Snetterton are amongst the highlights of the provisional calendar for the 2018 Michelin Clio Cup Series, which is set to be contested over seven meetings from March through to October next year.


Following a competitive, action-packed 2017 campaign which saw Ben Palmer and Nic Harrison crowd as champions, the championship is going from strength-to-strength ahead of 2018 with interest in both the Race Series and Road Series at an all-time high.
For the second year in a row both the season opener and finale will take place at the ‘home of British motor racing’ Silverstone, around the National and International layouts respectively, while the series will visit Wales and Anglesey for a third season in succession.
Rockingham and Brands Hatch are featured on the calendar once again, having been ever-present since the championship’s inception in 2013, while Snetterton and the fastest circuit in the UK, Thruxton, return to the calendar for the first time since 2014 and 2015 respectively.
Provisional 2018 Michelin Clio Cup Series Calendar:
March 24/25 – Silverstone (National), Northants
April 14/15 – Rockingham (ISSC), Northants
May 12/13 – Brands Hatch (Indy), Kent
July 7/8 – Thruxton, Hampshire
August 4/5 – Snetterton (300), Norfolk
September 1/2 – Anglesey, Wales
October 6/7 – Silverstone (International), Northants
Richard Colburn – Championship Promoter: “I am really excited about the calendar for 2018. BARC have pulled out all the stops to give the series a superb run of events in 2018 that will provide a real challenge to the grid.
“We can’t wait to visit Thruxton for the first time, with an average lap speed of close to 100mph it’s not for the faint hearted, while it’s really good to see Snetterton back next year, as the demanding three mile track is always a favourite with the drivers.
“We’re incredibly excited for next season, with the majority of last year’s competitors already signed up for another season. There are a number of newcomers already committed to the rejuvenated Race Series, while there are a number of Road Series cars being built due to huge interest in the class.
“We’re confident that a really healthy grid will come together for the season opener at Silverstone in March, and we hope that this exciting calendar will attract more teams and drivers to compete in one of the UK’s premier one-make tin-top championships.”
Alongside the provisional calendar, the series is delighted to announce that Pauline Hillon will continue as championship administrator for 2018, bringing her wealth of experience back to the championship having previously served as co-ordinator for the Renault UK Clio Cup for thirteen years.
Pauline Hillon – Championship Administrator: “I’m delighted to be returning to the Michelin Clio Cup Series paddock and look forward to working with old friends and new alike. The professional standard of teams and drivers, organising staff at BARC and Protyre are a joy to work with and early indications are for a fast and exciting championship!”

Any parties interested in joining the championship for 2018 can contact Pauline at pauline.hillon@gmail.com and 07968 393184.
< Back to News