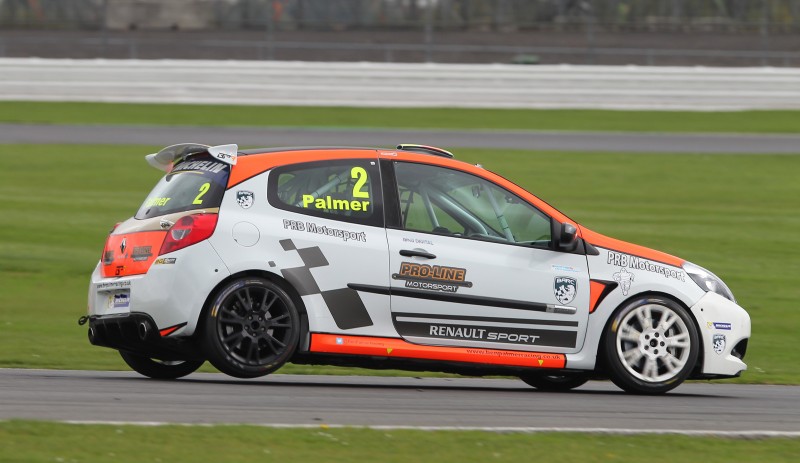 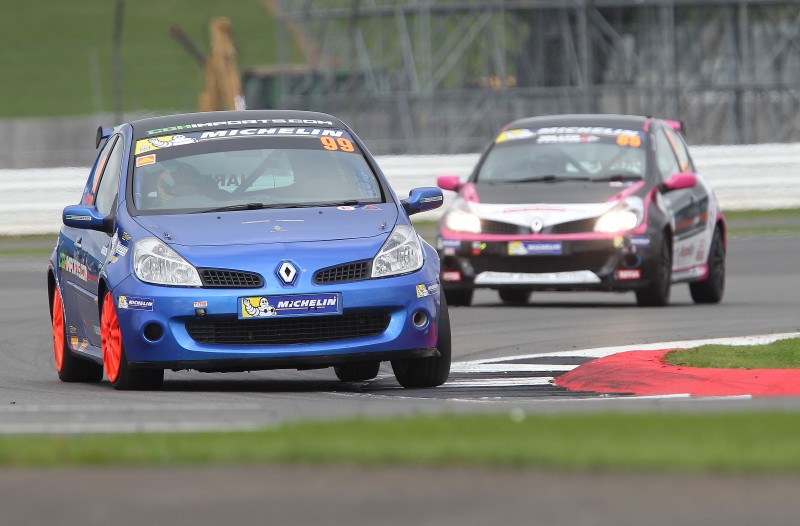 Palmer (Maidenhead) won the Race Series title with a race to spare before ending his title campaign with victory, while Harrison (Burton-On-Trent) wrapped up the Road Series crown in a nail-biting decider against Shanel Drewe (Bristol).

Both the eventual champions kicked off the final weekend in perfect fashion as they came away with a double pole position apiece in qualifying, with Harrison increasing his own Road Series record for most poles in a season to twelve.

Palmer would be joined on the front row for the opening encounter by guest driver James Colburn (Worthing), who duly stormed into the lead around the outside through Abbey to push Palmer back to second ahead of his chief title rival Anton Spires (Buckingham).

Spires had qualified an uncharacteristically low sixth on the grid due to throttle issues, but bounced back superbly with a great start to move into the top three ahead of fellow fast-starter and championship debutant John Hamilton (Enfield).

The top two traded fastest laps in the early stages, but Palmer was unable to get close enough to make a move and Colburn took the chequered flag for his third win in three Clio Cup Series starts, following a double success at Anglesey last year.

Second place would seal Palmer the Race Series title though, with Spires completing the podium ahead of Ben Colburn (Worthing), who rose to fourth following a great four-way battle with Simon Freeman (Pulloxhill), Hamilton and Tyler Lidsey (Dartford).

In the Road Series, Harrison led the field away from pole position and was on course for a clear victory when a late technical issue lost him time, opening the door for Drewe to come through for a crucial third win of the season.

Finlay Robinson (Harrogate) and Sean Thomas (Ross Shire) would complete the podium as Harrison eventually took the finish in fourth place, a result that meant he headed into the final race of the season with a four point advantage over Drewe atop the standings.

While Robinson grabbed the lead on the opening lap and pulled clear for a dominant maiden class win ahead of Thomas, Harrison settled into third and focused on keeping his Jade Developments team-mate Drewe behind him for the remainder of the race.

Harrison did exactly that to come away with the Road Series title with his twelfth podium finish of the campaign, while Drewe ended the campaign with one more top three result to tie 2016 champion Jack Fabby for the most Road Series podiums in a season.

In the Race Series meanwhile, Palmer headed into the final race focused solely on trying to end the season with a victory, and while he led away from pole, James Colburn kept the pressure on as the race progressed and got ahead on lap ten.

Their battle would eventually come down to the last corner of the season, with Palmer slipping past to steal a record-setting tenth win of the season in a photo-finish, which completed his remarkable 100% podium record for the campaign.

Ben Colburn would run third for the first portion of the race before an incident at Stowe lost him and Freeman ground, which allowed Spires to come through and complete a superb drive from eighth on the grid to his fourteenth podium of the season.

Lidsey would take fourth ahead of Hamilton, with Freeman and Colburn recovering to sixth and seventh respectively, while Nick White (Melksham) completed a pair of eighth place finishes ahead of championship debutant George Young (Pershore).

That seventh position would secure Ben Colburn third in the final Race Series standings by a single point over Lidsey, while Thomas’ podium double for the weekend confirmed his third position in the final Road Series classification.

Ben Palmer – 2017 Race Series Champion: “It’s been a hard season battling against some great drivers and teams, but we’ve done it!  Me and Anton [Spires] have been incredibly close all year, so it’s been about slowly chipping away as the year has gone on.

“The car has been awesome all year, maintained to the highest standard by BPR and MRM through the year, and I can’t thank them and my sponsors enough. This is the best club-level championships around and I couldn’t be happier to be the champion.”

Nic Harrison – 2017 Road Series Champion: “We’ve been here a few times over the years and the car has always seemed to let me down, but this year it hasn’t and I’m delighted that we’ve been able to do it today and come away with the championship title.”

*The images are from Mick Walker.
< Back to News