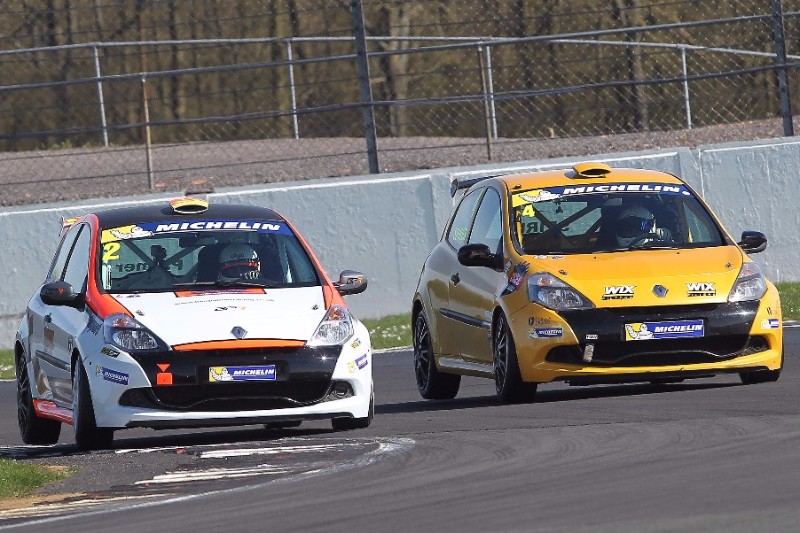 The Michelin Clio Cup Series returns to Silverstone this weekend for the final rounds of what has been a thrilling 2017 season, with Ben Palmer and Nic Harrison in pole position to taste championship success.

Seven months on from the opening rounds of the campaign at the ‘home of British motor racing’, the challenging International layout will play host to the all-important final two rounds of the season with both the Race Series and Road Series titles up for grabs.

Palmer (Maidenhead) heads into the finale off the back of an exciting return to the Renault UK Clio Cup grid at Brands Hatch last weekend, a prize drive that was awarded by Westbourne Motorsport to the overall championship leader after the penultimate meeting.

Following a superb campaign that has seen him finish on the podium in every race so far, Palmer’s lead lies at sixteen points with dropped scores taken into consideration, meaning a pair of top six finishes this weekend will secure him the title regardless of where his closest challenger finishes.

That driver is Anton Spires (Buckingham), who has been fighting tooth-and-nail with Palmer at the front of the field all season and has only finished off the podium once this campaign, but a potentially decisive DNF at Donington Park puts him on the back foot heading to Silverstone.

Just like in the Race Series, it will also come down to a straight two-way duel for the title in the Road Series as Harrison (Burton-On-Trent) and Shanel Drewe (Bristol) prepare to write the final chapter in a season-long battle between the Jade Developments team-mates at the head of the class.

Harrison heads into the finale atop the standings and determined to taste Road Series title success for the first time having finished as vice-champion in each of the past three seasons, with eleven podium finishes helping him to a five point advantage.

Junior Saloon Car graduate Drewe has produced a hugely impressive display in her debut campaign, finishing on the podium in all bar one of the thirteen races so far, however Harrison has edged ahead in the points courtesy of his six class wins to Drewe’s two.

It’s not just the destination of the two titles to be decided this weekend, with a fierce battle for third in the Race Series standings seeing only six points separating Simon Freeman (Pulloxhill), Ben Colburn (Worthing) and Tyler Lidsey (Dartford) heading to Silverstone.

Freeman has been a revelation since joining the series a weekend late, taking eight top three finishes in eleven races so far, but he will have his work cut out this weekend against second year contenders Colburn and Lidsey, who have also been regular podium visitors themselves.

With the destination of both the Race Series and Road Series titles to be decided this weekend and a competitive entry of teams and drivers looking to end their seasons on a high, the class of 2017 are sure to produce quite a season finale this weekend at Silverstone.

Event results and live timing will be available across the weekend courtesy of TSL Timing, which can be viewed by clicking here, while you can keep abreast of all the action by following us on Twitter, @ClioCupSeries, and by liking our Facebook page.
The image is from Mick Walker.
< Back to News