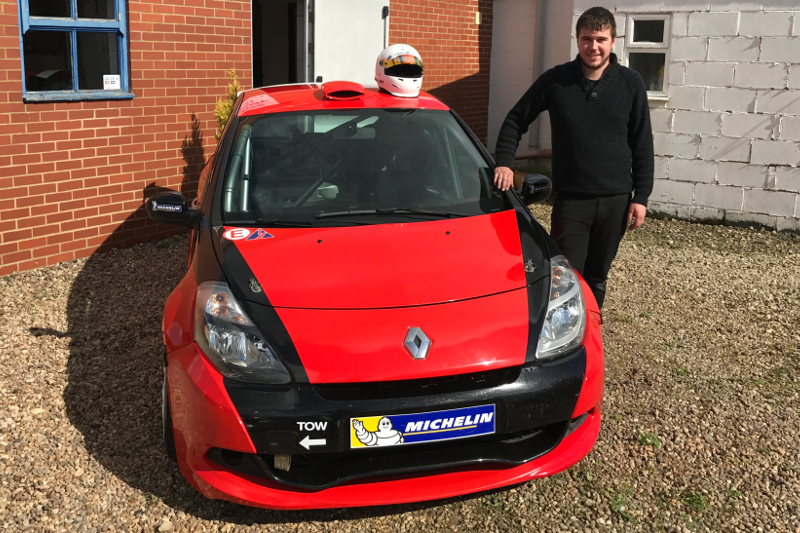 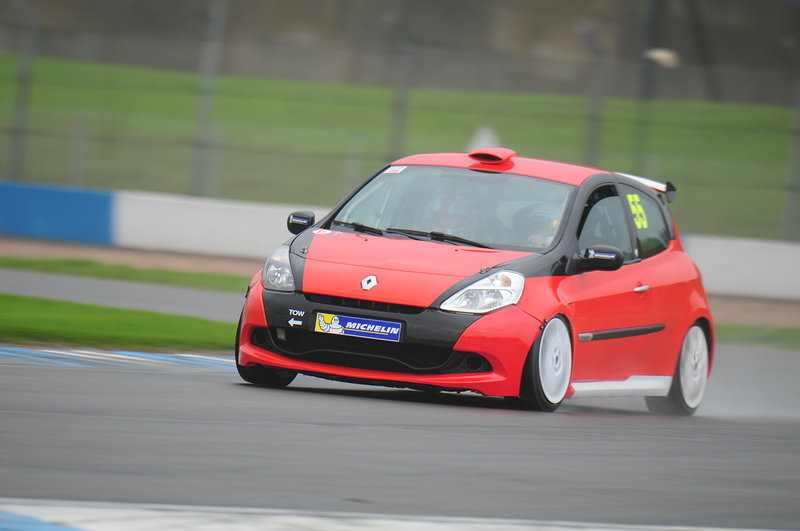 George Young is an exciting addition to the Michelin Clio Cup Series grid for next weekend's season finale at Silverstone (07/08 October), joining the Race Series contingent as a privateer entrant.
22 year old Young will make his Clio Cup Series debut with a number of years’ experience in classic touring car racing under his belt, having made the transition from karting aged sixteen.
Young raced in the Classic Touring Car Championship Pre 1983 class behind the wheel of a Mk3 Ford Escort, before moving to more modern machinery in the Pre 2003 category in a Honda Civic Type R, taking multiple wins in both classes.
The Worcestershire-based racer tested his newly-acquired third-generation Clio Cup racer for the first time at Donington Park earlier this week with support from current BTCC star Ant Whorton-Eales.
George Young: "I have always followed the Renault UK Clio Cup on the TOCA package and this is a chance to race those cars at a fraction of the cost.
“This will be my first time in one-make racing and I’m looking forward to it, as it brings things very close together and provides good racing on track.
“The third generation Clio is a fantastic bit of kit and I loved my first test at Donington. I now can’t wait to get on track at Silverstone, my home circuit, and see what the championship is all about.
“I haven’t really set any expectations for Silverstone. I’m going there to give it a go and try to learn as much as possible about the car, the championship and one-make racing.”

The 2017 Michelin Clio Cup Series finale will take place around the Silverstone International Circuit, with both the Race Series and Road Series titles still to be decided.
< Back to News