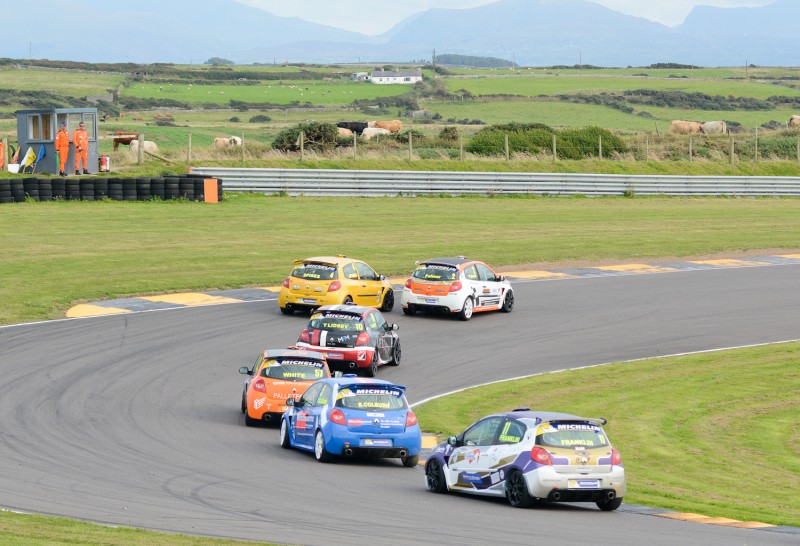 Ben Palmer and Anton Spires arrive at Brands Hatch this weekend locked in a battle for the Michelin Clio Cup Series title honours, their fight at the front takes extra significance with the double-header deciding the championship prizes for this season.

Whoever leads the category at the end of the weekend will secure a guest drive in the final round of the Renault UK Clio Cup courtesy of Westbourne Motorsport, and take the upper hand heading into the championship finale at Silverstone next month.

The pair have enjoyed every race victory, pole position and fastest lap between them thus far in 2017, but misfortune for Spires at Donington Park coupled with consistent race-winning form for Palmer has created the 24-point gap between the duo - even smaller when dropped scores are taken into account.

Simon Freeman has been something of a revelation since his debut in the championship at Croft in the Spring, enjoying a top-five finish in each of the nine races since, including five podium finishes.

He ties level for third in the standings with Ben Colburn, another consistent top-five finisher, with MRM’s Tyler Lidsey within striking distance a further six points adrift.

Sarah Franklin has impressed on her debut season in the Race Series and remains the only driver other than Palmer to have registered points in every race, netting her sixth overall as things stand.

The championship, which provides a home to the 2.0 litre, third generation Clio Cup car used in support of the British Touring Car Championship until 2013, also houses a cost-effective ‘Road Series’, featuring race-converted Clio 197 and 200 models.

The winner of the class will be rewarded with a fully-funded test day in a Race Series car, and at the moment the title battle sits exclusively between Jade Developments team-mates Nic Harrison and Shanel Drewe.

Experienced campaigner Harrison’s campaign has been the more successful in terms of class victories, but a hat-trick of podiums for Drewe at Anglesey last time out whilst Harrison endured mechanical maladies have swung the pendulum in her favour.

Misfortune has largely blighted Finlay Robinson’s first campaign in the series but the pace is evident, and he will look to finish the season in strong fashion around the Indy configuration this weekend.