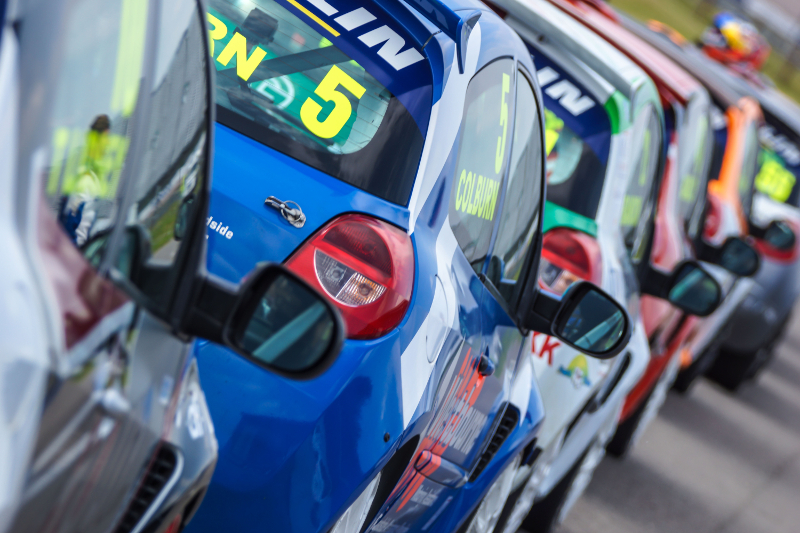 Following a long winter break, the Michelin Clio Cup Series bursts back into action this weekend (25/26 March) at the ‘Home of British Motorsport’ Silverstone with Rounds One and Two of what promises to be a close-fought and action-packed 2017 season.

The new campaign launches at the scene of a thrilling 2016 season finale weekend five months ago, when James Dorlin and Jack Fabby walked away with championship glory in the Race Series and Road Series respectively.

With both champions moving onto pastures new this year, there are an eager group of talented racers ready to fight it out to etch their names on the championship trophies and secure a share of an £8,000 prize fund courtesy of Westbourne Motorsport.

Headlining the entry is 2014 Road Series champion Anton Spires (Buckingham), who returns to the grid with Westbourne following a season in the Renault UK Clio Cup, with his sights set on becoming the first driver in championship history to win both the Road and Race Series titles.

Amongst those looking to stop him will be three of the emerging talents from 2016, with privateer entrant Ben Palmer (Maidenhead) the highest placed returning driver having secured a breakthrough podium finish last season on his way to a top five championship finish.

Ben Colburn (Worthing) and Tyler Lidsey (Dartford) are also returning to the grid with the Westbourne and MRM outfits respectively. Both drivers broke into the top six last season, and now they’re ready to fight for overall victories.

Sarah Franklin (Kettering) is showing the ladder of progression available within the championship this year as she graduates to the Race Series for the first time with Westbourne after being a front-runner in the Road Series through the previous three seasons.

Privateer Nick White (Melksham) also makes the step up in class after an impressive Road Series debut in the 2016 finale, while the current Race Series entry is completed by Jon Billingsley (Maidstone), who returns with Vanquish Motorsport after contesting two rounds last year.

The Road Series entry is led by series stalwart Nic Harrison (Burton On Trent), who returns to the grid in his CGH Imports.com Clio determined to add to his series record 26 Road Series podium finishes so far and secure title glory after narrowly missing out in last year’s season finale.

A familiar name in the paddock is getting behind the wheel for the first time in Westbourne team principal Richard Colburn (Worthing), meaning he will join his son Ben on the grid, while privateer Chris Williams (Nutfield) is signed up for the Silverstone opener and has more outings in his sights.

With the short, fast 1.64 mile National circuit being renowned for producing close wheel-to-wheel racing, this weekend’s Silverstone opener is sure to provide plenty of action to kick-start a thrilling 2017 season that will come to a close back at the Home of British Motorsport on October 7/8.

Sunday 26th March:
Round 1 – 11:15 – 18 laps
Round 2 – 15:35 – 18 laps
Event results and live timing will be available across the weekend courtesy of TSL Timing, while you can keep abreast of all the action by following us on Twitter, @ClioCupSeries, and by liking our Facebook page.
< Back to News