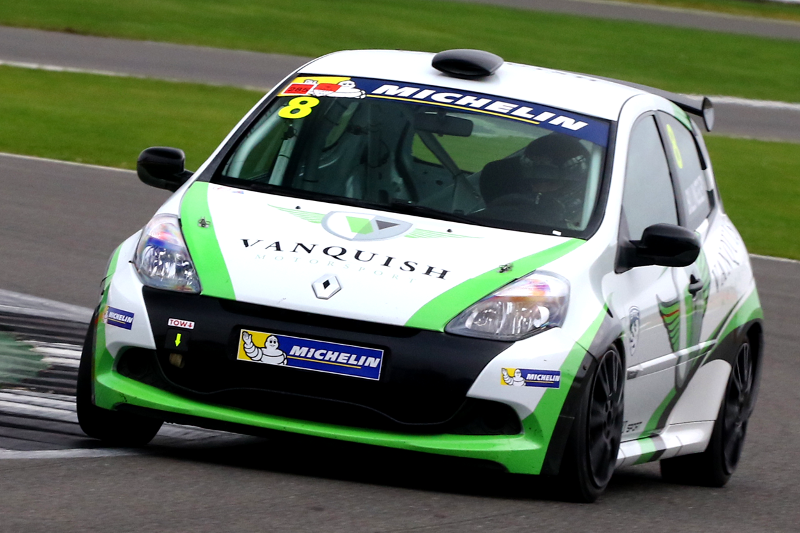 Jon Billingsley (Maidstone) will return to the Michelin Clio Cup Series for a second consecutive season with Vanquish Motorsport, starting with this weekend’s opening two rounds at Silverstone [25/26 March].
Billingsley, who secured a best finish of 8th place in four outings last campaign, will return to the Race Class which featues the 2.0-litre, third generation Clio Cup race car used in the flagship Renault UK Clio Cup alongside the British Touring Car Championship between 2007 and 2013.
The 35-year old's return comes with the support of sponsors including Bing Digital and My Tool Shed.
A successful karting career at Buckmore Park preceded Billingsley's graduation into car racing, and since he has frequented both the Michelin Clio Cup Series and the Alfa Romeo Championship.
The championship runs across fifteen rounds at seven events comprising some of the UK's most prestigious venues, such as Brands Hatch, Donington Park and Silverstone.
Billingsley will be aiming for a share of the series' prize worth £8,000, with the Race Class standings leader following the penultimate round securing a fully-funded appearance in the flagship Renault UK Clio Cup with Westbourne Motorsport.
Jon Billingsley: “Returning to the Michelin Clio Cup Series was an easy decision – we wanted to race against a competitive field, and for the cost the handling and performance of the third generation Clio Cup car fits the bill perfectly.
“For me, the main focus this season is to get some more mileage under my belt and get some experience in as wide a range of race conditions as possible.
“In terms of personal objectives, I'm just keen to continue the upward development curve we started during our two appearances last season – the improvements every time we went out on circuit were clear to see and I'd like a continuation of that.
“The relatively short distance of Silverstone International means we need to keep our mistakes to a minimum, but crucially we need to be in a position to capitalise if those ahead hit trouble. I'm confident we can put in two good performances.”
< Back to News