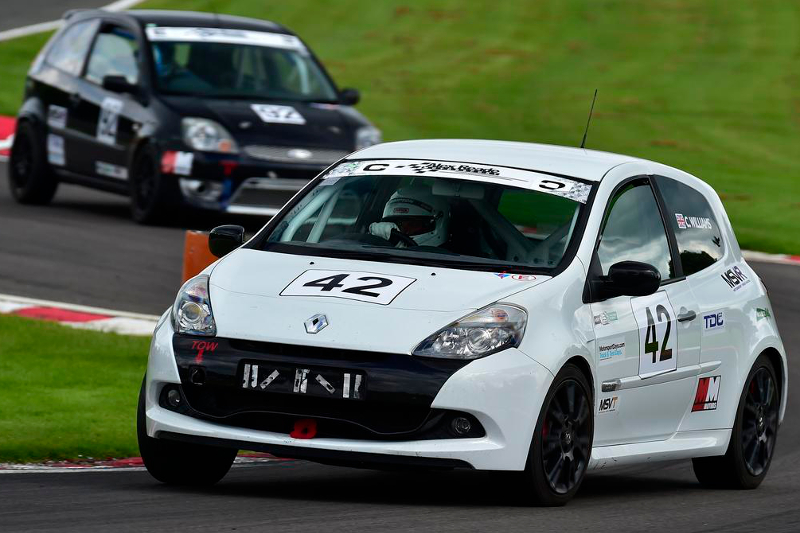 Chris Williams will be continuing the realisation of a lifelong dream this weekend (25/26 March) when he makes his Michelin Clio Cup Series debut at Silverstone with an entry into the Road Series.


Williams will run his own car under the Pro Clinic Racing banner at the ‘Home of British Motorsport’, with the season opener being only his second ever car-racing meeting following a one-off outing in the MSV Trackday Trophy last year.
While the 42 year old has limited on-track experience, he is no stranger to the motorsport world with his career as an osteopath having seen him work with some of the leading GT teams in the FIA World Endurance Championship in recent years.
After previously partnering with Aston Martin Racing, Williams worked with Ford Chip Ganassi Racing last season in a role that saw him work directly with the drivers on their physical treatment, hydration, nutrition and more.
Williams’ Silverstone debut is his only confirmed outing for 2017 so far, but the Nutfield-based racer hopes to compete in as many rounds as possible around his business commitments this year in his race-converted Clio Renaultsport 200.
Chris Williams: “I’ve always wanted to race, and my race number is 42 to signify the 42 years it took me to go out and turn a competitive wheel in anger. My passion for racing has evolved over time, and working within the motorsport environment has only strengthened the desire to compete.
“I had a Clio Renaultsport 200 at home as my day to day car and decided it would be great to convert it into a racer. I competed in it for the first time at Oulton Park last year, started 29th on the grid and finished 21st, and I loved the experience.
“I’m really looking forward to making my debut in the Michelin Clio Cup Series at Silverstone. My main aim is to simply finish both races, but also to be smooth and consistent, make improvements and to have some clean races.”
Image is from Laura Manning/Steve Cross/@SportscarFan917
< Back to News