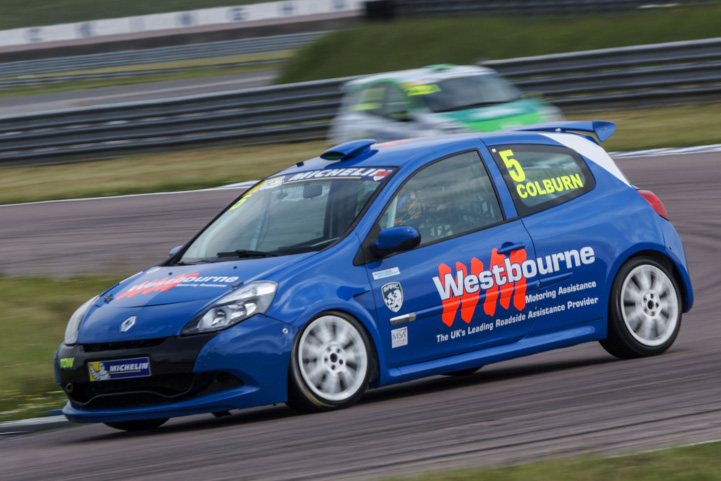 The 17-year old finished his first season in the category in 8th overall, with best finishes of 6th place at Brands Hatch, Pembrey and Croft. His maiden campaign also proved invaluable in developing his knowledge of car setup, tyre management and racecraft.

Prior to his debut in the Michelin Clio Cup Series, Colburn also enjoyed two successful campaigns in the Junior Saloon Car Championship, finishing as runner-up during his maiden season of car racing back in 2014, before claiming six victories en route to the title the following year.

His eventual objective is to emulate both brother James and former team-mate James Dorlin in graduating to the flagship Renault Clio Cup UK which runs on the TOCA package alongside the British Touring Car Championship.

The championship, which runs across fifteen rounds at seven events comprising some of the UK's most prestigious venues, such as Brands Hatch, Donington Park and Silverstone, is now the youngster's focus – though he expects stern competition from the rest of the championship's Race Class entrants.

This year the series will offer a prize worth £8,000 to it's Race Class standings leader following the penultimate round as they secure a fully-funded appearance in the flagship UK Clios with the backing of Westbourne Motorsport.

Ben Colburn said, “The first year was more of a learning year for me with the slick tyres so now I want to put what I have learnt last year to the test and go out and hopefully win the championship,

“The knowledge of slick tyres and how much to push when they're cold, especially when trying to work out if they are ready and warm to start pushing, is something I'll need to take forward into this year. I believe the knowledge i have gained especially from that should help with the first lap of races which was a struggle last year,

“I definitely see the UK clios as an objective but I'm also hoping to go further than that into the BTCC after a few years of clios experience under my belt but, of course, it comes down to the money to see if I can reach my objectives,

“I'm going out to win. It's going to be a tough season of course with Tyler Lidsey and Ben Palmer rejoining the championship, which is great for all of us. They were big rivals of mine last year so they are, at first glance, the main competition,

However, other new comers like Sarah Franklin and Nick White will be quick too after coming up from the road series and it will be interesting to see how they get on at the first race weekend at Silverstone. If they are not at the pace at Silverstone, then they will be definitely on the pace as the season progresses, so it should be a great season of good racing. I'm really looking forward to season ahead!”