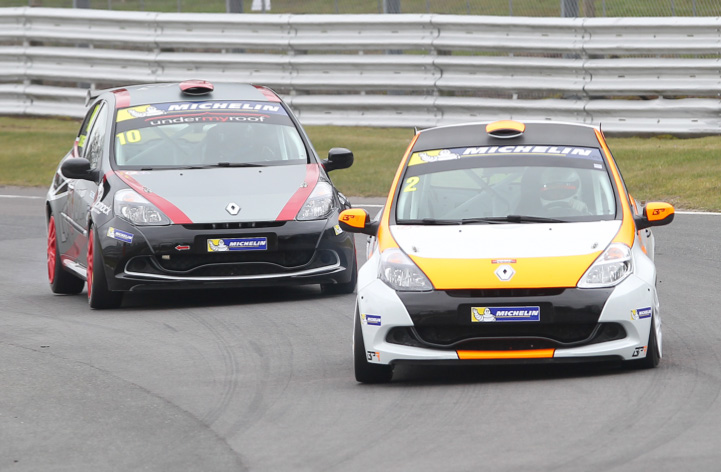 Ben Palmer will contest a second successive season in the Michelin Clio Cup Series after confirming his return as an independent entry in the Race Class for the upcoming campaign.

Palmer, from Maidenhead, enjoyed a consistent maiden season in the category last year, including a maiden podium finish in the second race at Brands Hatch, and fastest lap during the final contest at Pembrey.

His previous career successes include class victories in the MG Owners Club Championship and a fruitful career in karting.

His objective for the upcoming season is to put together a challenge for the Race Class title – featuring the 2.0-litre, third generation Clio racer used in the flagship Renault UK Clio Cup between 2007 and 2013 – before emulating other Michelin Clio Cup Series alumni in graduating to the TOCA package.

The championship - which runs across fifteen rounds at seven events including prestigious UK circuits such as Silverstone, Brands Hatch and Donington Park – offers a prize to the championship leader following the penultimate round worth £8,000 as they make a full-funded appearance in the UK Clios with championship stalwarts Westbourne Motorsport.

Ben Palmer said, “I competed in the championship last year and eventually I want to move into the Renault Clio Cup that runs alongside the British Touring Car Championship. That proved to be a little out of our budget range, but the Michelin Clio Cup Series provides a great opportunity to move into it at some stage and get myself more knowledge of running the car and building up some sponsorship before making that step up. It's a great stepping stone, the cars are very similar in terms of structure and tyres. The layout of the championship is also similar to the UK Clios, which is useful.,

“I've always been competitive, so I want to win! That's why I turn up, and it's remained the objective throughout anything I've raced in previously. My career history isn't bad, I've won quite a lot of things in karting and car racing. Last year didn't go as planned, it proved to be a stepping stone for us in terms of learning the car, but the aim for this year is to go for the title,

“Last year we were trying to understand the car in terms of setup, but that means we head into this season better prepared and able to push that little bit harder. We haven't been able to get out testing yet but the car has undergone some improvements over the course of the winter, and I'm looking forward to hitting the track on the Friday before the first round to get a better picture of where we're at,

“One of the main attractions for me is the prize of contesting the last round of the UK Clios with Westbourne – I'm confident I'll be in a position to challenge for that and hopefully it can provide me with the boost I need to make that step up onto the TOCA package in future.”