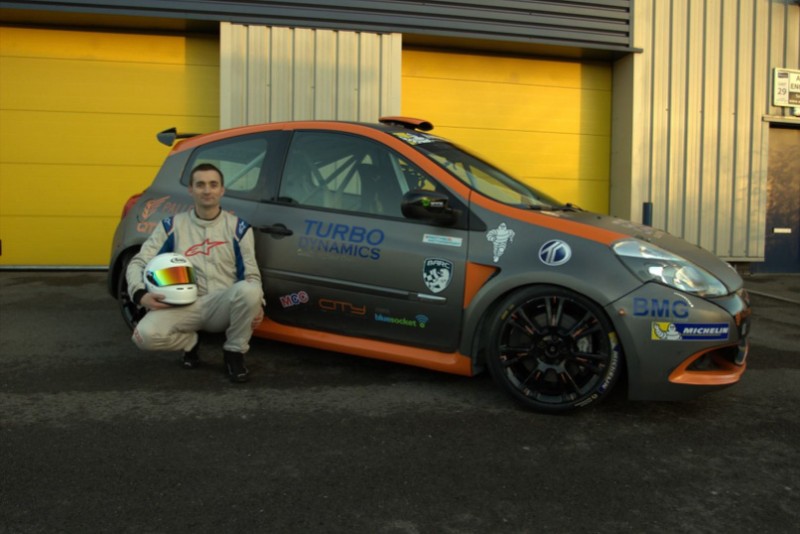 Nick White will contest a full season in the Michelin Clio Cup Series after graduating from the championship's cost-effective Road Class to the highly competitive Race series for 2017.

The Melksham-based racer impressed on his debut at Silverstone's International circuit during a one-off appearance in the category last season, scoring two class podiums and a fastest lap across the weekend.

The 35-year old has also previously enjoyed success at both Oulton Park and Brands Hatch as part of MSV's Trackday Trophy after a successful karting career.

He will return to the championship under the banner of 'Nick White Racing' with the backing of loyal sponsors Palletforce, Melksham Car Care, QTR Transport, Business Moves Group, Adtran Bluesocket and Aprompt Web Development.

The championship will run across fifteen rounds at seven events at a number of the UK's most prestigious circuits, including Silverstone, Brands Hatch and Donington Park. The event at Anglesey will feature a triple-header of contests, with two races at each of the other events.

This year the series will offer a prize worth £8,000 to it's Race Class standings leader following the penultimate round as they secure a fully-funded appearance in the flagship UK Clios with the backing of Westbourne Motorsport.

Nick White said, “I have followed the series since it started with the aim to enter the championship one year. Single make racing is something I have always wanted to do and after my taster at Silverstone last year in the Road Series I set my sights on entering for 2017 in the Race Series.

“I can’t wait for the first round at Silverstone after what feels like a long winter of preparing for this season. Everything has come together and I'm ready to see how I fare against the competition!

“The Road Series 197 is a great car to learn your race craft in and it provided me with some great results in 2016, Everything is quicker in the Race Class, from the sequential gearbox, cornering speeds to your end lap times. The level of grip from the race tyres slicks and wets is amazing.

“I have not managed to get as much testing as I would have liked but from the time I have had in the car I have adapted very quickly to it although some dry weather would have been nice!

“My objective for any race is to finish and with no damage. Although this is club level racing there is no getting away from it costing a lot of money especially if you get any damage, if I could can come away with a podium finish this season I would be pleased with that, but let’s face it everyone on the grid is out there because they want to win!”