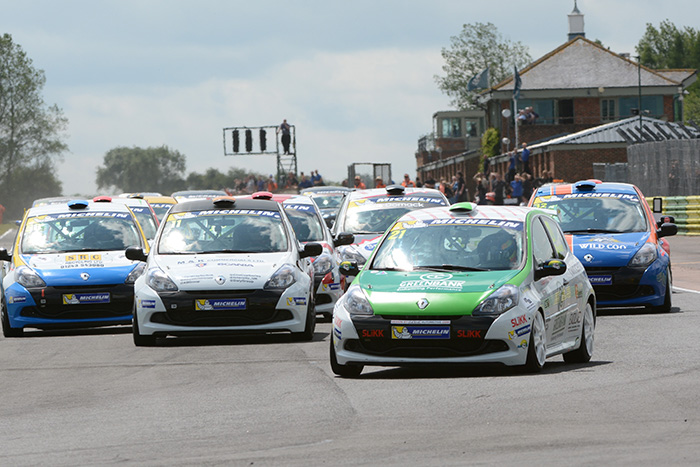 We can now confirm that the 2017 Clio Cup Series Regulations have been finalised, with some very positive changes for both the Road and Race Series.

The Regulations for both Championships are now live on the Clio Cup Series website cliocupseries.com.

With these now finalised we can confirm that Registration for the Championship is now OPEN.

What changes are being made?

Road Class: - For 2017 there is a new tyre compound to be used, again manufactured by Michelin, which even round the short layout of the Brands Hatch Indy Circuit has made lap times quicker by nearly 1.5 seconds. Another major change in the regulations is the reduction in mandatory parts from a set suppliers. The biggest change is that the roll cage fitted is now free, providing it is MSA Compliant. With the ease on use of mandatory parts it will unquestionably reduce building and maintenance costs for every competitor in the Road Class Championship and new cars can be built for under £5000.

Race Class: - Previously all engine rebuilds had to be carried out by Renault Sport in France. This is still an option available but also for 2017 rebuilds can be carried out under the instruction of the competitor in the U.K. This will undoubtedly reduce costs for those looking to compete in the most competitive one make saloon car club level championship.

Certainly these improvements for both classes will have a great effect in reducing the costs, which is something that every racing driver contends with each year.

Along with the phenomenal prizes on offer from joint championship promoters Westbourne Motorsport the Michelin Clio Series is certainly the championship to be in for 2017.