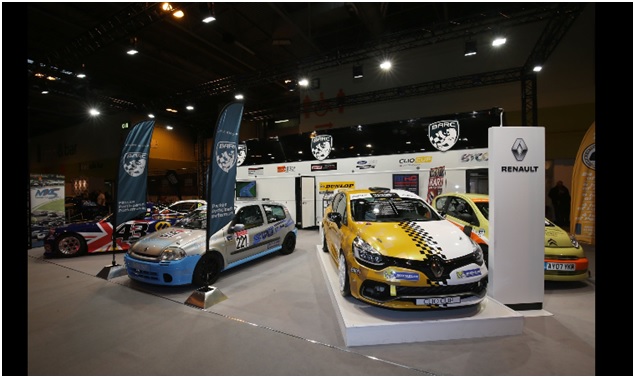 Every year, the Autosport International Show is the motorsport event that kick starts the season. With lots of teams and drivers launching their season ahead, BARC were pleased to be showcasing the Michelin Clio Cup Series car alongside the Michelin Clio Junior.

Never an event to disappoint, there were plenty of motorsport enthusiasts that were keen to see the diverse range of machinery on show. The Michelin Clio Cup Series car was surrounded by other championships such as Classic Touring Car Championship, Citroen C1 Series, Pickup Truck Racing and Hyundai Coupe Cup which underlined the popularity of club level motorsport.

The Michelin Clio Cup Series had a positive response from the weekend and has put the championship in a better position for the forthcoming year.

Autosport International show 2018 has already been confirmed that it will take place on 11-14 January.