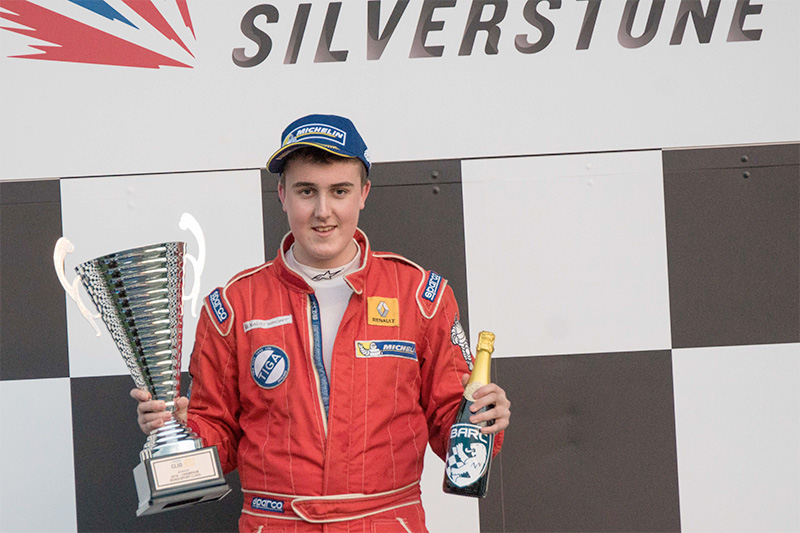 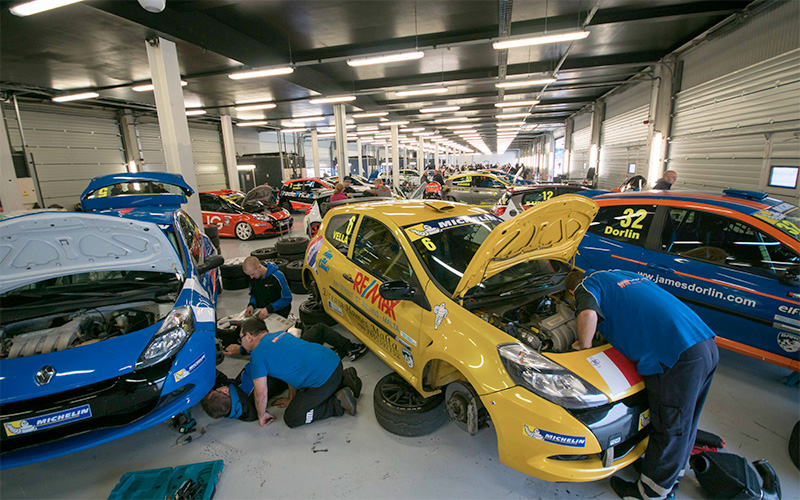 The curtain was brought down on the 2016 Michelin Clio Cup Series in fine style at Silverstone this past weekend [8-9 October] as James Dorlin and Jack Fabby walked away with championship silverware.

In what has been a rollercoaster season where the competitive nature of the Gen-3 formula has once again risen, the final two races of the year provided a fitting title showdown - with Dorlin and Fabby both prevailing in their respective class categories.

Having underlined his aspirations from the opening event where he took a dominant double victory, Dorlin has been the class of the field at times - ultimately going on to notch his eighth win of the year in the final race of the season.

Entering the weekend locked in a battle with Brett Lidsey for outright honours, the Westbourne Motorsport driver kicked off his weekend on the right foot as he romped to a brace of pole positions. Converting them into race leads however proved to be a bit more tricky as wheel-spin saw him slip down the ranks momentarily.

Recovering to jump back up into second, Dorlin shadowed race leader Lidsey across the line to be crowned champion having built up an unassailable lead over his rival after dropped scores were applied.

There was to be drama behind the top two however as Sam Randon and Luke Pinder came to blows, the latter hitting the pit wall which subsequently ended his weekend. Dan Kirby, making his return to the series, produced a sterling drive to claim third despite constant pressure from Tom Barley.

In the road class meanwhile, the pendulum swung the way of Jade Developments driver Fabby as he capitalised on a non-finish for title rival Nic Harrison. Taking control of the points having followed Harrison for much of the opening encounter, the youngster put himself in a strong position to attain championship glory later in the day.

As the sun began to set over the infamous Northamptonshire venue, the series capped off another fantastic season with one final race. Continuing on the theme of the season, the last encounter was to be battled out between the top three in the championship; Dorlin, Lidsey and Randon - with the trio finishing in that order.

In terms of title glory however, all eyes were on Fabby as he circulated - on the cusp of a maiden title in the Clio Cup Series. Despite only needing to sit behind Harrison to guarantee the title, Fabby ensured he was crowned champion with a drive worthy of one as he made a bold move for the lead to take a clean sweep at Silverstone.

To view the full results from the weekend in every session, click here.

James Dorlin said: "I am absolutely over the moon - I couldn't have asked for a better way to end my season. We have ended it in style and on the top step; that's how in truth it all started for us back at Oulton Park at the start of the year.

"This is a tough championship and although we have had eight wins it has been far from easy. The competition is so tough and Brett pushed me right until the end. To repay all of my family, friends, sponsors and of course the team; a championship title is a fitting reward for everyone's dedication and hard work.

"We know where we want to go moving forward now and it is great to have another championship under my belt. To follow the BARC path of Junior Saloons and now this is very special and it speaks volumes of the championships and cars that are being run."

Brett Lidsey said: "It has been a fantastic year - to come away with 13 podiums from 15 races I think is a brilliant achievement. We were nearly there and we chipped away at James but it just wasn't meant to be; we certainly gave it everything we had.

"Battling with James and Sam was how it started at the opening round of the season I think so it was quite fitting that was how it ended. I've been really pleased with how I've driven this year though and also with how the Clio Cup Series has progressed. The cars are brilliant and there are some fantastic teams involved so it would be nice to see it continuing to go from strength-to-strength."

Sam Randon said: "Getting a podium was a nice way to finish the year. It has been a bit of a rough journey with some ups and downs so I'm happy to finish it in third overall. Taking my first win at Pembrey was really special and then to back that up with another win at Brands Hatch was great. We will assess what we will do next year but it has been a fantastic time in my career driving these mega little cars."

Jack Fabby said: "I didn't think I would be champion at the start of the season - it is quite unthinkable but very special at the same time. Both me and Nic have been at each other throughout the year and we get on well. We can hold our heads high and look back on our battle with pride but attention must now turn to next season and we will see where that takes us - having a championship title though is a nice way to head into the winter months."

For more information on the 2016 Michelin Clio Cup Series, visit the BARC website to view race results and championship standings.

Dates for the 2017 calendar are expected to be announced in due course with what will no doubt be another enthralling season to dazzle those in attendance.