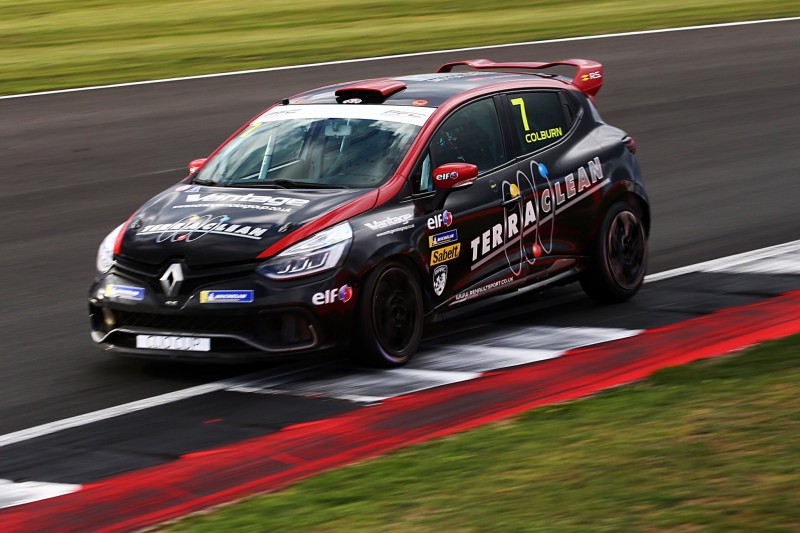 Both the RS Clio 200 and 220 will be on display at the Autosport International Show at the NEC in Birmingham next week [10th-13th January] as preparations continue for the 2019 Michelin Clio Cup Series season.

Regarded by many as the traditional season curtain-raiser, the Autosport Show exhibits the very latest developments in motorsport, technology, performance engineering and the automotive sector, encompassing two trade-only days before opening the doors to thousands of motorsport enthusiasts over the weekend.

The third-generation Clio 200 featuring rookie sensation Ronan Pearson’s livery will be proudly displayed on the Stand 4170 with the Renault Sport Club, whilst the fourth-generation Clio 220 raced by James Colburn in this season’s Renault UK Clio Cup will be present with title sponsors Terraclean over on Stand 3560.

The latter will feature in the new-for-2019 Sport Series as the championship continues to offer a race-proven, competitively priced and instructive experience renowned on the club racing scene as an instrumental part of the British Automobile Racing Club’s tin-top ladder.

That compliments the existing Race and Road Series, the latter of which has been made even more accessible to allow prospective new entries to build cars for less than £5,000.

Championship organisers have also offered a generous discount on registration fees for those signed on by 31st January, with prices reduced from £720 to £500 for those eager to join one of the most rapidly-expanding club racing series on the market.

Championship Promoter Richard Colburn will be at the event on all four days alongside his sons – both Michelin Clio Cup Series race winners – James and Ben to answer questions about the new class structure and the championship in general, as well as take any entries.

“It’s fantastic to have both the RS Clio 200 and 220 confirmed at the Autosport International Show,” commented Championship Promoter, Richard Colburn.

“As one of the most high-profile motorsport events of the year, it’s crucial the Michelin Clio Cup Series continues to thrive and grow heading into 2019, with a raft of new announcements pushing one of the most cost-effective, competitive club racing championships in the UK to the next level.

“In addition, we’re pleased to be able to offer a generous discount for those already looking to register before the end of January and become the latest additions to our Clio ‘family’.

“The New Year is going to be a great one for the series, and I’m very excited about what lies ahead.”