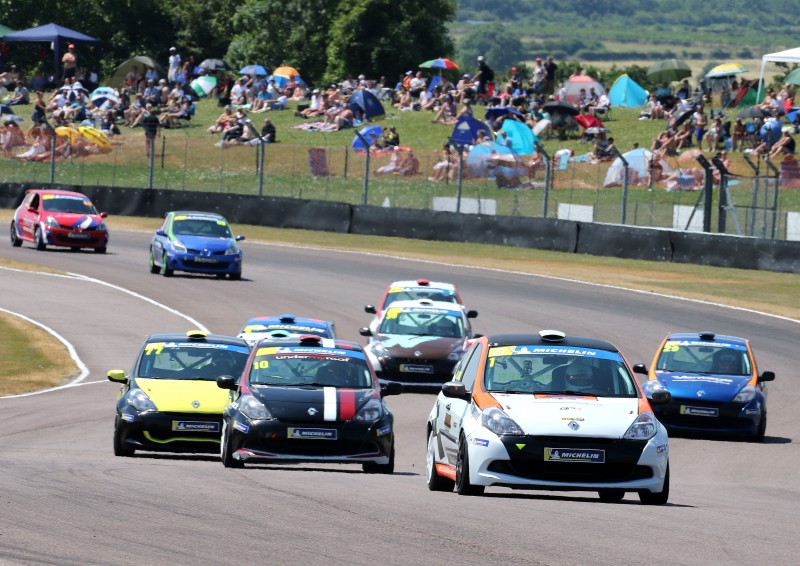 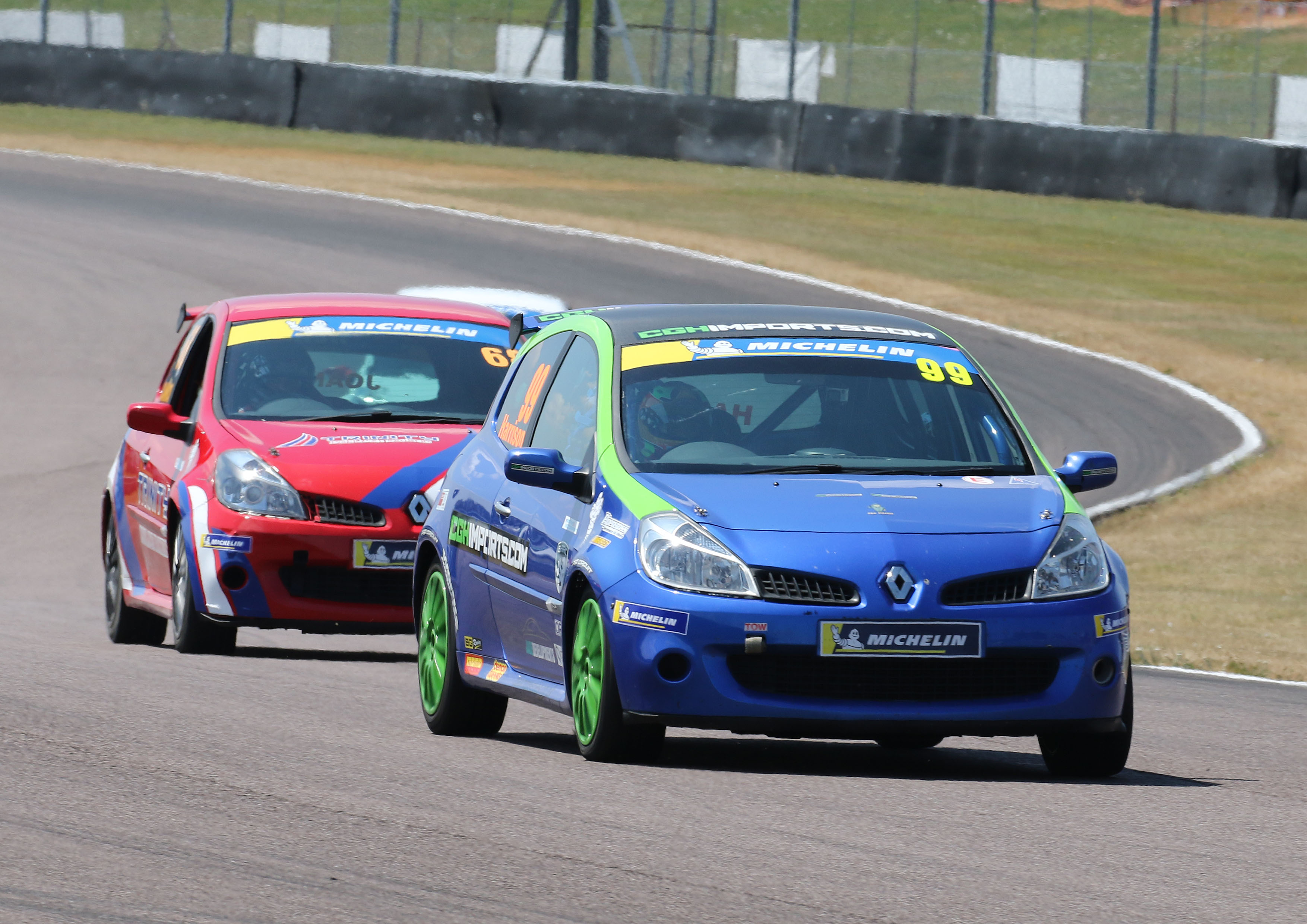 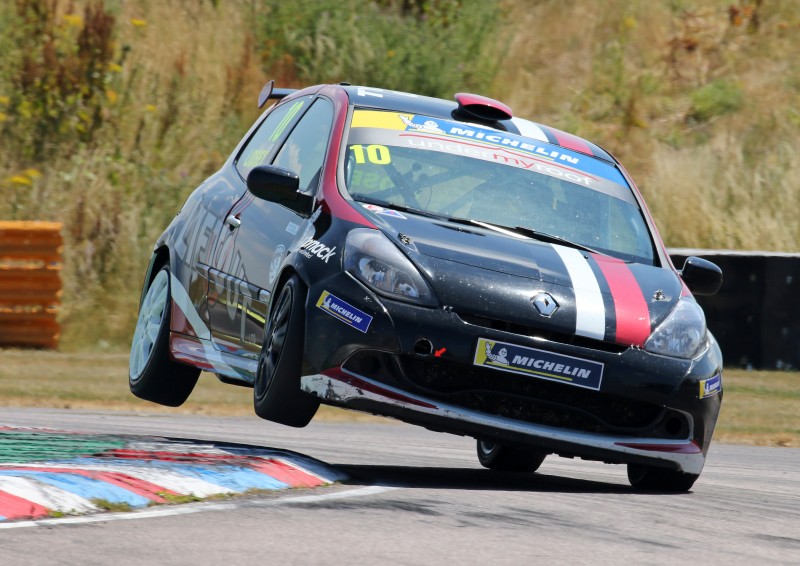 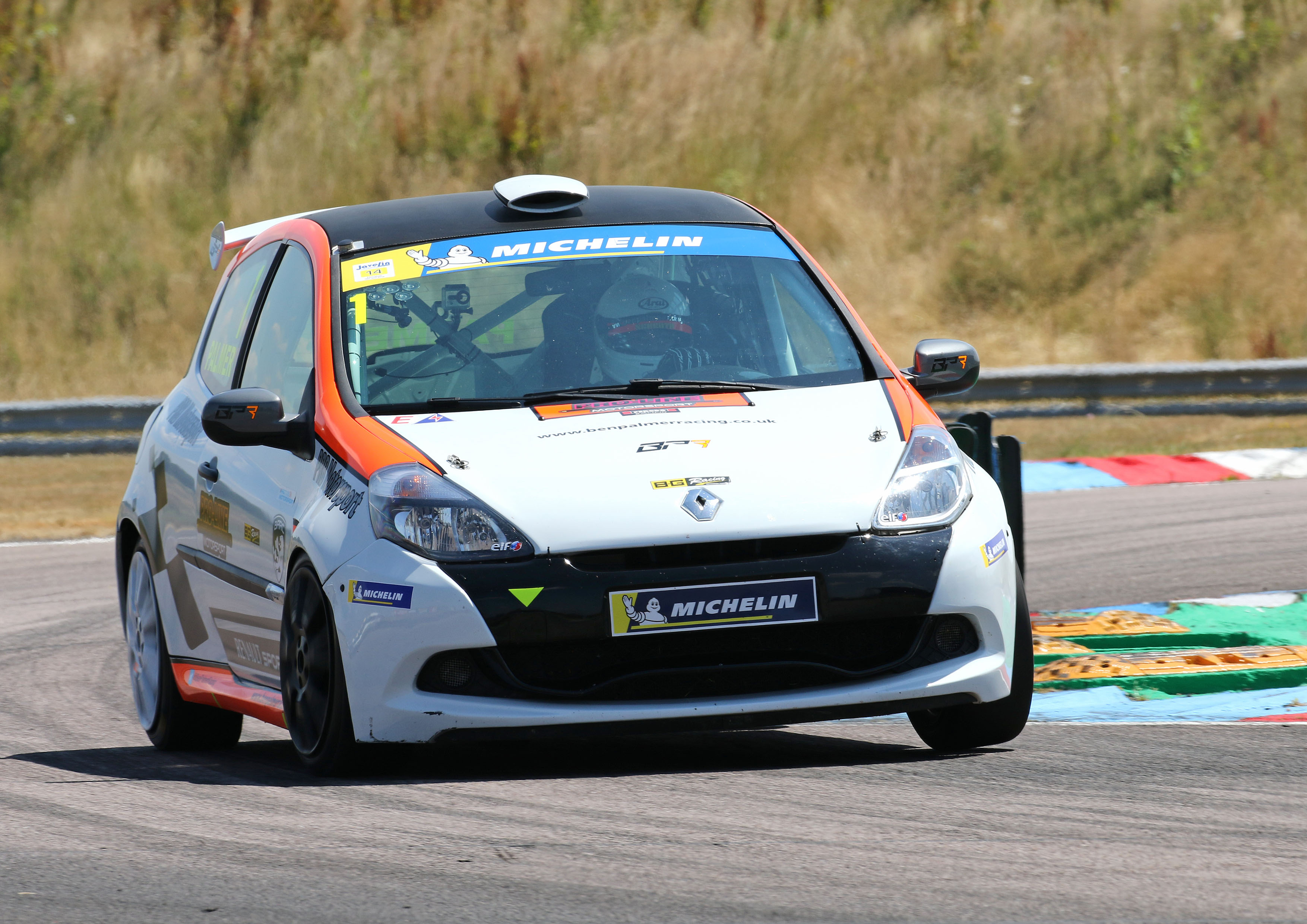 Ben Palmer fought back to claim both race victories as the Michelin Clio Cup Series returned to action at the high-speed Thruxton Circuit and extended his advantage atop the Race Series standings.


It was team-mate Simon Freeman (Pitbull Racing with BPR) who pulled out the stops in qualifying, securing pole position with a 1:24.946s - the only man to dip beneath the 1.25s mark.


Ultimately, however, the defending champion emerged victorious in the opening race, with the two switching positions lap-on-lap in a thrilling display - not least running side by side through the infamous Club corner!


MRM's Tyler Lidsey claimed the final spot on the rostrum, and looked to be Palmer's closest challenger in the final contest, but was forced to settle for the runner-up spot after Palmer made a break late on to take the chequered flag first - and an eighth consecutive win.


Freeman defied the heat to round out the weekend in Hampshire with more silverware in third - though the championship's reputation for close, action-packed racing was cemented with a host of potential podium finishers behind.


Westbourne Motorsport with Hillnic Homes' Ronan Pearson suffered a technical problem in qualifying, but recovered to claim two points finishes, the highlight being fourth in the final contest after a late-race scrap with team-mate Ben Colburn courtesy of a sublime wheel-to-wheel move at Campbell.


Colburn - who recently announced he will join an ever-growing list of championship alumni to graduate into the flagship Renault UK Clio Cup in support of the British Touring Car Championship - had the pace for silverware in race two, but traffic at the Complex hindered his progress. Regardless, another strong haul of points keeps him in the hunt.


Finlay Robinson (Westbourne) continues to show evidence of his progress since jumping into the third-generation, 2.0 litre Clio Cup machine with a brace of sixth-placed finishes..


Tony Verhulst and Steve Williams (Jade Developments) added to the on-track thrills with a brace of solid points finishes, though retirement for the latter in race two will leave Williams hoping for a better run of luck when the action reconvenes at Snetterton in August.


The Road Series returned to action with a bang - and defending class champion Nic Harrison (Jade) was made to work hard for another double win.


The series stalwart won his first victory of the weekend around the 2.4 mile circuit after emerging on top of an absorbing race-long duel with MRM's James Joannou, with local racer Tom Oatley (Team Prota) behind.


To say both races were close would be an understatement - Harrison held on by scarcely a car's length from Oatley to seize the honours in race two, but both contest provided a myriad of overtakes and first-rate wheel to wheel action.


For Joannou, the double visit to the rostrum keeps him in the hunt, with the London-based racer now finely poised to capitalise on any mistake from Harrison.


Darren Geeraerts took another solid brace of points finishes - both in fourth - and will look for a podium return when the action reconvenes in Norfolk.


Class regular Sean Thomas was an absentee from the action in Hampshire, but will return at Snetterton in the Race Series after recently announcing his graduation with Westbourne Motorsport.


That double-header around the 300 configuration of Snetterton will take place over the weekend of 04-05 August as the championship battle in both classes begins to take shape.


Ben Palmer said, “The reliability with our car this season has been great and that continued this weekend. Here I was especially fast in the first part of the lap, so my plan was to get ahead quickly so I could control the race from there.


“Saying that, it’s really difficult to lead a race at Thruxton, the tow the cars get behind is significant. I pushed the car hard early on in Race 2 but had to be careful with my tyres with the track conditions and speed. Overall, it was a good weekend and I’m not getting complacent yet!”


Tyler Lidsey said, “We were quick in the testing before coming here, so I was confident that we could carry it off this weekend. I just had to keep my head down and keep focused in the heat.


“Starting on the front row after qualifying was a good start, and it’s just been a really fantastic weekend as a whole. The support from all of my family and team has been phenomenal.”


Simon Freeman said, “The weekend got off to a great start with pole. The first race was all about trying to keep Palmer behind, which is easier said than done! It’s tough out there when you’re flat out, but it was close. If I’d had a few more laps, maybe I would have caught Palmer again.


We nailed the set-up of the car this weekend and the team have done a great job getting it to that stage. Tyre management was key here, but we had a great weekend overall.”


Nic Harrison said, “This weekend has been crazy. I go home with two wins, but I had to work really hard for those. The temperatures and heat have been a challenge, although I’ve had brilliant fun out on the track. I’m pleased to have picked up more points and I must thank my team and family for all of the support.”